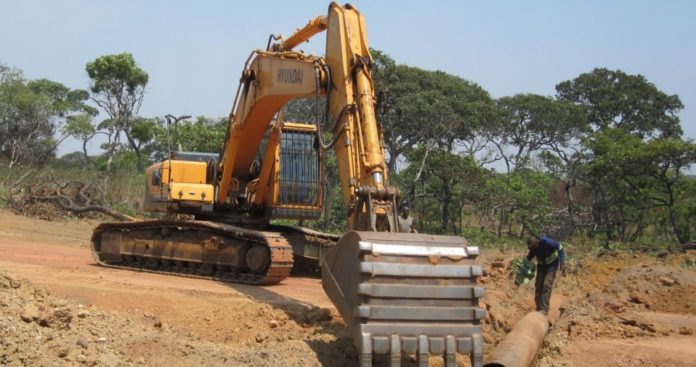 Ivanhoe Mines announced on Monday that together with its joint-venture partner, Zijin Mining Group, the company has signed a landmark agreement confirming that the government of the Democratic Republic of Congo (DRC) wants to be a prominent partner in the development of the Kamoa-Kakula Copper Project.

The agreement, which was signed in Kinshasa, DRC, by the Minister of Mines and Minister of Portfolio on 11 November 2016, transfers an additional 15% interest in the Kamoa-Kakula copper project to the DRC government, increasing its total stake in the project to 20%.

“This is a historically significant event for the people of the Democratic Republic of Congo,” said Robert Friedland, executive chairman of Ivanhoe.

“We are now united as partners committed to working toward our shared objective of ensuring that the major copper discoveries we have made at Kamoa and Kakula during the past eight years are predictably, efficiently and expeditiously developed into a world-scale mining venture with a lifespan of multiple generations.”

Ivanhoe CEO Eric-Lars Johansson said the agreement “paves the way to fulfill Kamoa-Kakula’s promise of decades of substantial, long-lasting, economic and social benefits for the Congolese people and the strengthening of the national government’s capacity to support the development of international trade and building of the country.”

The highlights of the agreement include the following:

The parties acknowledge that they shall not be entitled to any dividends from Kamoa Copper prior to the repayment of 80% of all shareholder loans, currently totaling $452 million, and 100% of any financing provided by a third party.

The Kamoa-Kakula copper project will be developed with the full support of the DRC government.

The DRC government has reaffirmed Kamoa Copper’s mineral tenements and has guaranteed that the Kamoa-Kakula copper project will not be subject to any taxes or duties other than those legally required by the applicable statutory and regulatory provisions for the life of the project.

At Kamoa Copper’s request and subject to the satisfaction of the applicable conditions, the DRC will provide its assistance in obtaining the advantages contemplated by the DRC’s special law – No. 14/005, enacted to facilitate Sino-Congolese cooperation – relating to the tax, customs, parafiscal tax, non-tax revenues and currency exchange regime applicable to cooperation projects.

Kamoa Holding will have a pre-emptive right, and right of first refusal, to purchase any or all of the DRC’s shares in Kamoa Copper, should the DRC wish to directly or indirectly sell, transfer or otherwise dispose of any or all of its shares.

The agreement will be governed by the laws of the DRC. Any dispute will be subject to binding arbitration, conducted in French, in Paris, France, in full accordance with the Convention on the Settlement of Investment Disputes between States and Nationals of Other States. An arbitral decision will be subject to enforcement under the New York Convention of 1958, to which the DRC is a contracting party.