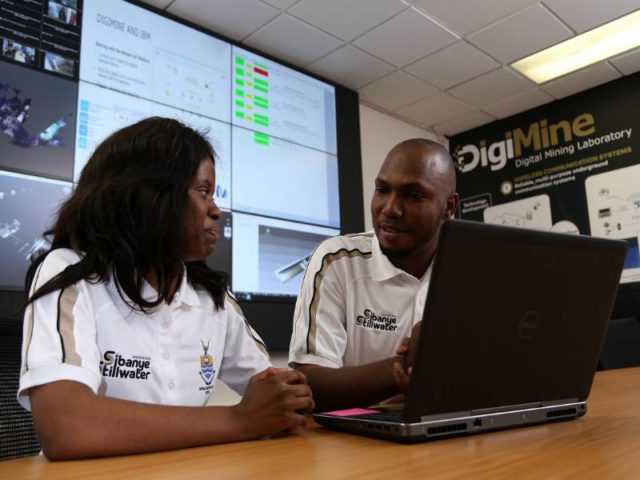 The global economy is coming to terms with the Fourth Industrial Revolution and all it offers – including technology such as digital assistants and artificial intelligence.

But where does this leave us in mining, and how do we realise Mining 4.0?

In an article on policy elements for 21st century African Mining, I explained our technology journey over time – and how it resulted in a sustained increase in the standard of living for ordinary people.

Industry 4.0 is about a digital revolution, and started around the year 2000. While earlier revolutions were powered by muscle, steam and electricity, digital systems are powered by data.

The digital revolution is bringing digital assistants – such as smart systems and robots – to humans in an age of artificial intelligence and ‘smart’ solutions.

Where does this leave mining, and more importantly, people? For a start, it means a new definition of ‘human’ and a new division of labour – significantly affecting the Future of Work.

But it is not the end of humans; rather, it is about defining a new role for humans in a closer collaboration between mankind and machine. In my article on policy elements, I listed the most critical implications for the future on mining as:

One can also add the ‘Future of Work’ agenda and, more importantly, preparing humans for the mine of the future. For this, we need to understand Mining 4.0 in the context of the 21st century.

The mine of the future

Today’s understanding of digital mining is further described in a recent McKinsey report[ in the following way: “… digital should be seen less as a thing and more a way of doing…”

For this ‘way of doing’ to take place, there must be clear answers to the ‘where’, ‘what’, ‘when’ and ‘how to’ of mining – as 21st century mining is not possible without the installation of digital systems allowing for real-time communication of data.

This is much easier said than done because a producing mine is just one part in the mining value chain.

Each mine has a different definition of digital mining, depending on commodity, mining method and skills availability; a digital mine therefore depends very much on when and how it was built, and on the mine’s remaining life.

It is also dependent on events that occurred during earlier parts of the mining value chain – for example, on what happened during the business development and mine building phases.

For Mining 4.0 to be real, these activities must be identified to design the digital inputs and outputs along the mining value chain – so that a mineral information management system can be developed that has the (artificial) intelligence to conduct anomaly detection, risk management, compliance and reporting.

This will not happen by merely adding technology systems and improving existing installations. It can only happen through meticulous planning, to design and install effective digital systems that show which investments are required at which time.

Beyond 2020 considerations for (South) African Mining

The illustration shown here is the digital mine of the future as we see it in the Wits DigiMine, where the aim is to give workers and management the right information – at the right time – to make the right decisions on mine safety and efficiency.

Considering South Africa’s harsh underground mining conditions, this is extremely difficult to achieve in 2019; indeed, I predict that it will only become ‘normal’ for deep-level mining by about 2030.

What makes it difficult is that the technology is not yet ready to perform reliably all the time, which is a requirement for effective risk management in mining.

More research and technology development – disruption, in fact – is required to overcome challenges like:

The implication is that such a digital mine of the future will look very different to what we have today; it will be managed differently, it will require different skill-sets, and it will be staffed by professions that do not exist today. These significant changes will disrupt mining’s Future of Work.

The obvious question, then, is: Why do it? What is digital technology’s value proposition to future mining?

More importantly, will today’s investment in expensive digital installations pay off? By way of answers to these questions, digital technologies can help the mining industry (including government) with the following:

We can look at old data in new ways and execute plans for a new mine
in ways that ensure on-time implementation and better management
of stakeholder expectations through communicating the benefits
of mining timeously.

For that to happen, we must embrace technology and integrate 21st century skills into school and university curricula.

We already see a disruption in qualifications and skills, the re-birth of the ‘inventor’, collaboration between disciplines and new start-up businesses by seemingly ‘unqualified’ individuals with a 21st century skill. This is the opportunity that Mining 4.0 brings to Africa’s youth.

About the author: Professor Fred Cawood is director of
Wits Mining Institute