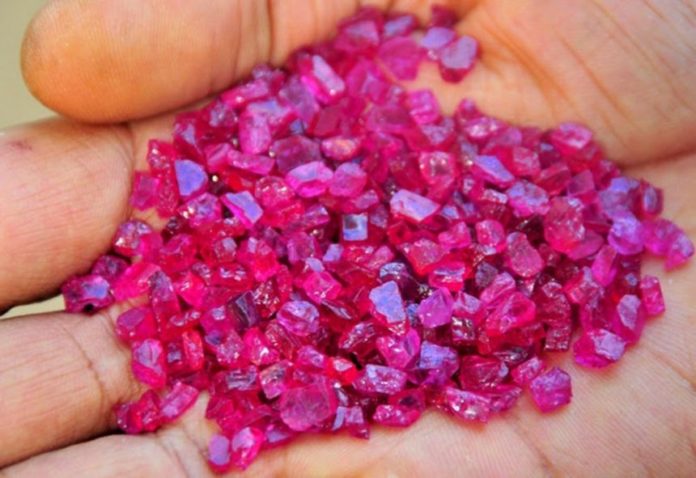 Janet Boyce, Gemfields CFO says the facilities, together with Kagem’s existing revolving credit facility of USD$ 30 million with Barclays Bank in Zambia, provides the company with the necessary funding to sustain its growth and expansion.

Gemfields says the facilities include $45 million facilities for the Ruby Operations in MRM which the company own 75 % that consists of a $15 million unsecured overdraft facility from Barclays Bank Mozambique in April 2016, with a carried interest of 4 % pa.

Another $15 million overdraft facility was entered into by MRM with Banco Comercial E De Investimentos, S.A. (BCI) in June 2016 with a renewable facility valid for 18 months that carry interest rate of three months USD Libor plus 3.75 % pa.

The facility is secured by a blank promissory note undertaken by MRM and a corporate guarantee by Gemfields Mauritius, a 100% subsidiary of the company.

The amount of $15 million finance leasing facility was entered into by MRM with BCI in June 2016 with a renewable facility of a drawdown period of 18 months and the amounts drawn down are repayable over a maximum period of 48 months.

The facility has an interest rate of three months USD LIBOR plus 3.75 % pa and is also secured by a blank promissory note undertaken by MRM and a corporate guarantee by Gemfields Mauritius.

Overall the facilities worth $45 million, the company secured another $20 million Macquarie Bank (Macquarie). This is a fixed term facility and has an interest rate of 4.5% pa that is repayable in regular instalments over a 12-month period from the date of first drawdown of the loan.

The security for this loan comprises a floating charge over the jewellery and cut and polished gemstones of Fabergé (UK) Limited and the company.

The loan with Macquarie replaces the $25 million debt facility entered into in April 2015 and is used for general corporate purposes.

The proceeds of the facilities with Barclays SA and BCI will enable MRM to finance its capital expenditure requirements for the Montepuez ruby deposit in Mozambique and provide additional working capital.