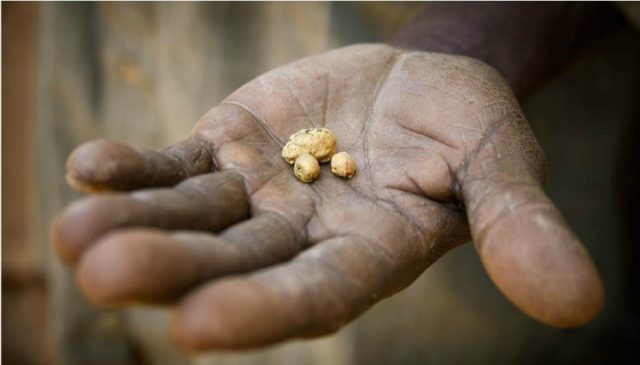 AIM-listed IronRidge Resources has commenced with a field programme at its wholly-owned Dorothe gold project in Chad, central Africa.

A 30 t excavator was mobilised to site on 14 November and is expected to arrive on site this week with trenching expected to continue until Q1, 2018.

Commenting on the company’s latest progress, Vincent Mascolo, CEO of IronRidge, says, “Regional soils and mapping programmes over the portfolio, as well as detailed structural mapping at Dorothe and Am Ouchar, will help us to prioritise prospects as we move towards maiden drill programmes.”

“Dorothe represents an exciting, high-grade gold target with significant scale potential. It is one of multiple gold targets within the company’s Chad portfolio.”

Field teams have mobilised to site to commence regional soils and mapping programmes across the Dorothe and Echbara licenses to dovetail into the previous season’s soil traverses. This will provide full coverage across both licenses at 800 m x 50 m spaced sampling and identify any new artisanal workings.

An excavator has been mobilised from N’Djamena to the Dorothe camp and an 8 km in-fill and extension trenching programme planned over the Dorothe prospect.

The trenching is designed to test for extensions and strike continuity from previous season’s trench intersections within the Dorothe Artisanal Pitting Zone (DAPZ) as well as testing below a large area of sediment cover potentially concealing mineralisation below.

During the intervening wet season shut down, artisanal miners have identified new mineralised zones within the Dorothe prospect, and opened new workings over 25 m strike and up to 10 m vertical depth.