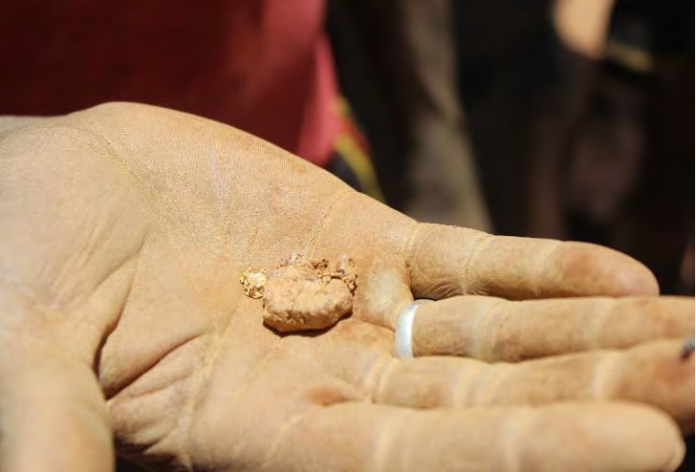 AIM-listed mineral explorer IronRidge Resources announced on Friday that it will invest up to US$3.5 million for a 58% stake in private Singapore-registered Tekton Minerals, providing it with a first mover advantage within several highly prospective, province-scale gold discovery projects in Chad, Central Africa.

Little or no modern-day exploration has been undertaken on these assets, which have been largely forgotten due to Chad’s historical oil exploration and production focus.

The investment will be made within 18 months of the deal being finalised, with the funding to be used to conduct further exploration work and to prepare a technical report compliant with Canadian NI 43‐101 or Australian JORC requirements.

Completion of the investment is subject to certain conditions being met by Tekton principally in relation to the securing of Tekton shareholder approvals.

The share subscription agreement Tekton has secured exploration rights over 1 400 km² of gold mineralised geological structures, similar in potential to the gold‐bearing equivalents of the gold‐rich Birimian Greenstone belts of Ghana, Senegal, Mali, Cote d’Ivoire and Burkina Faso in the Ouaddaï Province of the Saharan Metacraton.

IronRidge Resources is pleased to have entered into partnership with Tekton, not only for its world‐class project portfolio but equally with its “world‐class management team”.

“Tekton brings with it a highly professional and experienced team with a proven track record in geological target generation and development, government relations, logistics and security,” says Vincent Mascolo, CEO of IronRidge.

“The team’s expertise has been fostered over decades of experience in the major and junior arena and in particular within Francophone West and Central Africa,” he added.

Over two years of comprehensive exploration work has been completed by Tektonto date  with multiple high‐priority gold targets defined within the Dorothe, Echbara and Am Ouchar licences.

These included one drill ready target defined at Dorothe and additional untested lithium, graphite, base metal and uranium targets within the license portfolio.

Gold nuggets up to 1 cm across, including gold in quartz-vein material and disseminated gold has been observed in the project areas.

Additionally, two further highly prospective reconnaissance licenses have been awarded within the same province over the Adé and Nabagay targets.

Kilometre-scale lithium and graphite anomalies have also been defined within the project portfolio.

“Chad represents a highly prospective, under-explored destination for minerals with obvious gold endowment, largely forgotten due to the focus on oil, with an attractive mining code and investment framework where major oil companies (including Total, Chevron and Glencore) have been operating for decades,” say Mascolo.

Furthermore, from the commencement of the investment, Nick Mather, Chairman of IronRidge will be appointed Chairman of Tekton, Vincent Mascolo (CEO and MD of IronRidge) and Len Kolff (IronRidge’s Country Manager in Gabon) will join the board of Tekton.