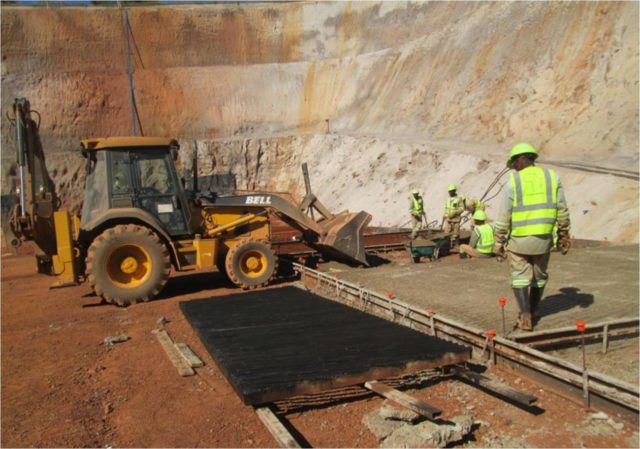 Ivanhoe Mines plans to issue an independent, preliminary economic assessment of options for the start-up of copper mining on the Kakula and Kamoa deposits in the DRC.

Ivanhoe Mines is advancing its three principal projects in sub-Saharan Africa: mine development at the Platreef platinum-palladium-gold-nickel-copper discovery on the northern limb of South Africa’s Bushveld complex; mine development and exploration at the Kamoa-Kakula project on the Central African Copperbelt in the DRC; and upgrading at the historic, high-grade Kipushi zinc-copper-lead-germanium mine, also situated on the DRC’s Copperbelt.

In July this year, Ivanhoe Mines announced highly prospective copper recovery and concentrate grade results at its Kamoa project Kakula Discovery zone. The results followed initial metallurgical test work from a sample of drill core from on-going exploration in the Kakula Discovery zone, in a southerly portion of the Kamoa copper project.

The tests achieved copper recoveries of 86% and produced a copper concentrate with an extremely high grade of 53% copper.

The results also indicate that material from Kamoa’s Kakula and Kansoko zones could be processed through the same concentrator plant, which would yield significant operational and economic efficiencies.