The JSE has granted approval to TSX-listed Alphamin for a secondary listing of all of its issued and fully paid common shares on the AltX.

Alphamin anticipates listing on the AltX with effect from the commencement of trade on or about Thursday, 7 December 2017.

The Financial Surveillance Department of the South African Reserve Bank (SARB) has approved the Secondary Listing and classified the secondary inward listed Common Shares as “domestic” for exchange control purposes.

The Company is currently focused on the development of the Mpama North portion of the Bisie tin project in North Kivu (Phase 1). Phase 1 will be to develop Mpama North tin mine between Q2, 2017 and Q1, 2019. US$149.8 million is required to complete Phase 1.

The Phase 1 Funding includes an equity raising in both South Africa and abroad targeting $56.1 million. It is intended to conduct the equity raise in terms of a private placement of Common Shares , to be undertaken by the company prior to the Secondary Listing.

The balance of $93.7 million will be obtained from a $80 million senior secured, non-revolving, term credit facility from a syndicate of lenders and $13.7 million from a direct investment by Industrial Development Corporation of South Africa SOC into ABM, which will not dilute Alphamin’s 80.75% shareholding in ABM.

Rationale for the secondary listing

As such, the Board is of the opinion that South Africa will be a receptive market in which to raise the remaining capital required to develop Phase 1. 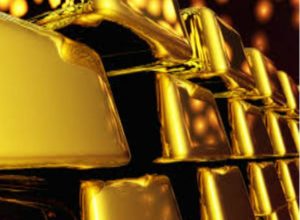