Kibali gold pushes through challenges as it heads for full production 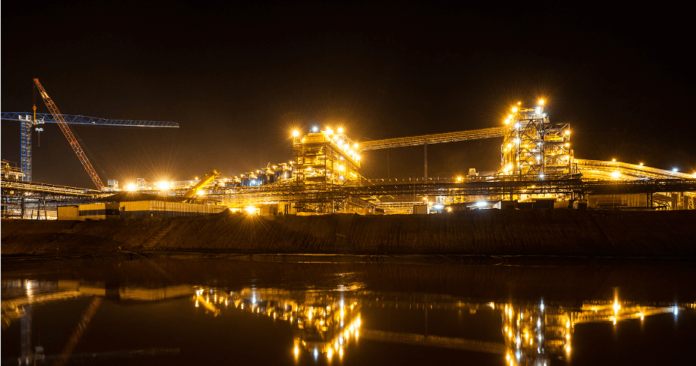 Randgold Resources affirms that the giant Kibali gold mining complex in the Democratic Republic of Congo (DRC) will remain a work in progress until its underground mining component is completed towards the end of 2017, despite the challenges it faced at the mine.

However, in the meantime, its management is making significant progress in dealing with transitional challenges, says Randgold CEO Mark Bristow.

As anticipated, Bristow says  the complexity of dealing with multiple ore types from different sources has affected throughput, recovery and grade in the first half of the year.

“This issue is being resolved, however, and management have taken measures and revised the mine plan to keep Kibali gold on course to meet its plus 600 000 oz production target for the year.”

According to Bristow the development of the underground mine is on track and the shaft is currently being integrated with the decline section, where commissioning is scheduled for July 2017.

[quote]Meanwhile, the team is also focusing on opening two high-grade satellite pits in 2016 and 2017 which will greatly improve operational flexibility.

The construction of the Ambarau hydropower station is back on track and is expected to start generating electricity in the fourth quarter of this year.

Work is already underway on Azambi which will be Kibali’s third hydropower station.

Despite the operational challenges, management has continued to focus on developing a team consisting entirely of host country nationals, as at the company’s other mines, as well as building up a strong corps of local contractors and suppliers.

“During my recent motorbike trip through the DRC as part of Randgold’s Boyzonbikes fundraising safari, it became clear to me that the country faces many challenges, as does Kibali which is a real factor in the Congolese economy,” says Bristow.

He continues, “I was encouraged, however, by the very positive vision of the DRC’s future which has been presented by the president.  An investor-friendly regime is essential for the development of the economy in general and the mining industry in particular.”

“As for Randgold, we continue to expand our footprint in the DRC, most recently through the Ngayu and Moku joint ventures.”