Kibali heads for full production as underground mine nears completion 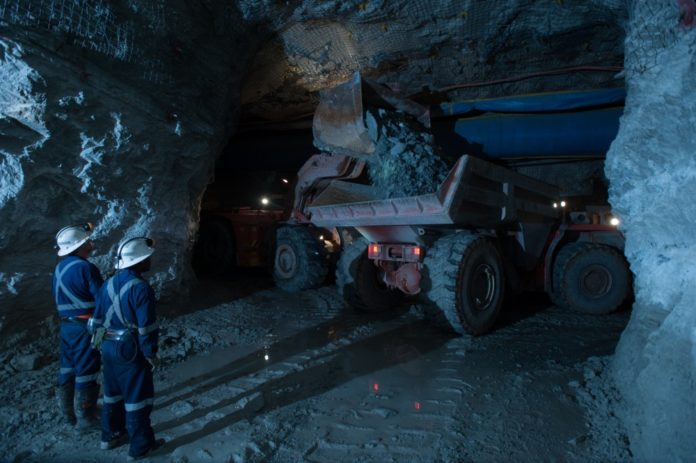 The Kibali gold mine is forecast to deliver approximately 610 000 oz of gold this year, up from 585 000 oz in 2016, but annual production is scheduled to rise to around 750 000 oz from 2018, when the underground operation will be fully functional.

“Kibali gold mine ended 2016 with a creditable performance after having to contend with a range of operational challenges as well as the constraints imposed by limited open pit mining flexibility,” notes Randgold Resources CEO, Mark Bristow.

In addition to dealing with these issues, the team at Kibali gold mine succeeded in keeping the underground development on track, successfully constructing and commissioning four ultra-fine grind mills in the metallurgy circuit, as well as progressing work on the mine’s second new hydropower station which was commissioned in February 2017.  The third and last of the new hydropower stations is currently being built by an all-Congolese contracting group.

“Kibali gold mine has stayed on course to become one of the world’s great gold mines despite the challenges of last year and the volatile political climate in the DRC at present,” states Bristow.

“Randgold remains committed to the DRC and is confident that its government, politicians and civil society have the will as well as the capacity to work together to secure the country’s future.

“We therefore continue to invest in exploration here and to lead the way in developing the north eastern DRC as a major new gold mining region.

“Our engagement with the country and its people is also evident in our substantial investment in local economic development and community upliftment programmes.

“These include macro and micro agribusinesses designed not only to provide regional food security but to generate surplus produce for export.”

It was a source of concern, however, that the DRC government had once again signalled its intention of reviewing the country’s 2002 mining code with the clear intention of maximising state revenue, says Bristow. This could have a very negative impact not only on the mining industry but also on the economy.

“Now more than ever the DRC should be focused on retaining its existing investors and attracting new ones.

“It’s certainly not the time to harvest more from less for short term gain. It’s my sincere hope that this time round the government will engage the mining sector fully in the proposed review to achieve an outcome that will be in the best interests of the Congolese economy as well as the country’s mining sector.

“The existing code is in fact a good one but it is not always being applied effectively and there are still many mining operations that do not operate under the code.

“There are also a number of issues and challenges which mining companies have to face which make operating in the DRC more challenging.

“In Kibali gold mine’s case, these issues include more than US$200 million in unpaid TVA and duty refunds.”