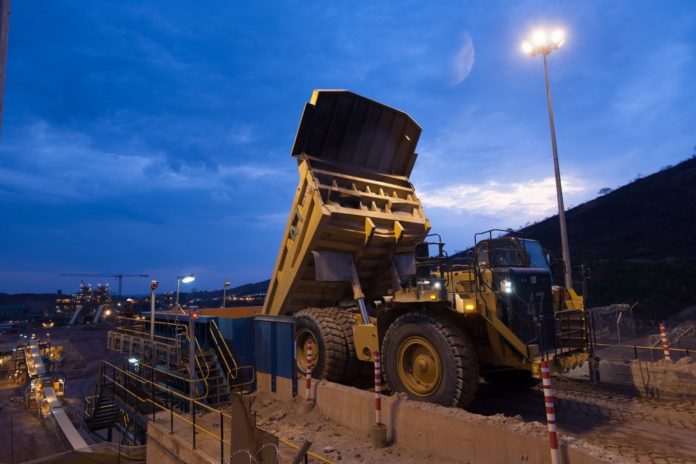 Randgold Resources CEO Mark Bristow says the Kibali gold mine in the Democratic Republic of Congo (DRC) is delivering progress on all fronts towards the achievement of its 2016 business plan, with a ‘step change’ in production expected in the third and fourth quarters of the year.

Throughput is currently at or above the nameplate specification and there has been a big improvement in the recovery rate, while costs are also expected to be better.

Bristow notes that the mine is capable of funding the continued capital required for the completion of its development with the full commissioning of its underground operation scheduled for the second half of 2017.

The second of its hydropower stations, Ambarau, is planning to deliver its first power in November this year with construction of the third, Azambi, expected to start soon with site preparations underway.

“In line with our policy of supporting local economic development in our host countries, all the contracts for the work on Azambi have been awarded to companies with a majority Congolese shareholding, while the main contractor, who will be working in partnership with our capital projects team, is 100% locally owned,” says Bristow.

Randgold’s local supply strategy is evidenced by the fact that in the year to date the Kibali gold mine has spent more than $141 million with Congolese contractors.

In addition to construction work, the company also relies on local suppliers for services ranging from catering to trucking.

Bristow says that despite the stresses associated with developing a project the size of Kibali in a remote part of a country that was still evolving politically, Randgold had a long term commitment to a partnership with the DRC and was laying the foundation for further investment there through its exploration programmes around the mine and further afield.

“We see ourselves continuing to play a significant role in the growth of the Congolese mining industry,” says Bristow.

This commitment extended to its support for local economic and general community development through a range of initiatives.

These include a number of large-scale agribusiness projects which are designed not only to provide economic activity and a secure food supply in the near future but also to leave a sustainable legacy to the community after the mine’s eventual closure.

Randgold Resources operates the Kibali mine in north east DRC which is a joint venture between Randgold (45%), AngloGold Ashanti (45%) and the Congolese parastatal SOKIMO (10%).