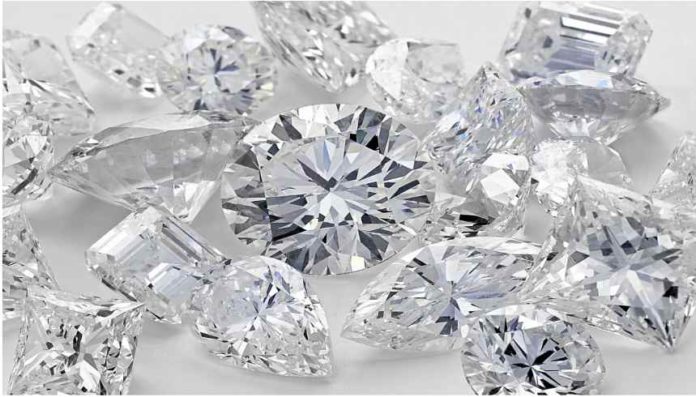 “This is the eighth +100 carat diamond the Lulo partners have recovered to date and the seventh in just 2.5 years of commercial mining from relatively low throughout rates.”

“Explosive and erosive geological forces have deposited these very rare and valuable diamonds in a relatively localised area at Lulo. These localised recoveries, and other indicators, point to the huge potential of a large stone primary kimberlite source at Lulo.”

“Having started with a list of more than 200 anomalies, the Lulo partners are now working through a list of 70 prioritised drilling targets, systematically eliminating low interest kimberlites.” “We continue to assess ways to speed up this systematic drilling and sampling program – an approach we believe provides the best opportunity to unlock Lulo’s true value.”

The largest of the eight +100 carat diamond recovered to date by the Lulo partners is the 404 carat 4th February Stone, produced the 163 carat flawless gem which forms part of a magnificent jewellery piece and that will go on sale in Geneva, Switzerland, this week.

This 163 carat Lulo diamond has been described by auctioneer Christie’s as the largest D-colour flawless cut diamond ever put up for auction.

Significantly, the eight +100 carat diamonds recovered to date at Lulo have come from three different alluvial mining areas – Mining Blocks 6, 8 and 28 – spanning approximately 6 km along the Cacuilo River. This area is the focus of the on-going Lulo kimberlite drilling and exploration programme, which aims to find the primary hard rock sources of the exceptional Lulo alluvial diamonds.

Large and premium-value diamonds of up to 88 carats have also been recovered a further 4 km south along the Cacuilo River at Mining Block 46, which is also an area of interest for the Lulo kimberlite exploration programme.

Mining Block 46, a further 4 km south, has produced large and premium-value diamonds of up to 88 carats and remains an area of interest in the Lulo kimberlite exploration programme.