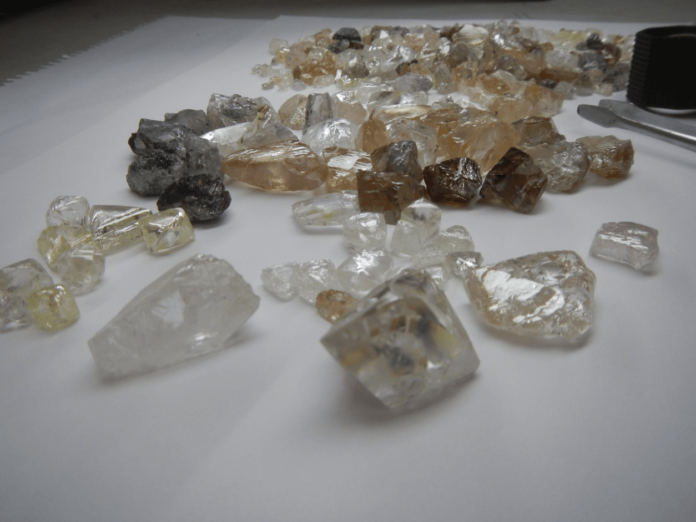 Besides a record number of recovered diamonds, Lucapa Diamond and its partners, Endiama and Rosas & Petalas, also reported a record monthly recovery of 3.164 ct of diamonds, which includes a record daily recovery of 448 ct, eclipsing the day on which the company discovered a 404 ct diamond from the Lulo diamond project in Angola.

The alluvial diamond production for July included a recorded monthly diamond grade of 15 ct per 100  m3 and a recorded of monthly plant throughput levels achieved of 21.114 bcm.

The average stone size for July was an exceptional 2.0 ct per stone, up from 1.3 ct in the June half year.

The record recoveries and grades were the result of Lucapa’s continued investment in new earthmoving fleet and plant upgrades as well as a focus on the high-value Mining Block 8 diamond area.

Lucapa CEO, Stephen Wetherall says that the exceptional results, including the recovery of 59 special diamonds in a single month, show that Lucapa are in the heart of a unique large diamond province.

“The new Caterpillar earthmoving fleet that arrived on site in June 2016 helped Lulo achieve a monthly processing record of more than 21 000 bcm in July and we expect this improvement to continue throughout the September quarter,” says Wetheral.

The successful commissioning of the new wet front module has also contributed to the company’s record in July results, enabling the Lulo diamond to better liberate diamonds from clay-rich gravels and increase the maximum feed rate of the plant to 200 tpa.

Wetherall says the new XRT diamond recovery technology unit is expected to be installed and operational at Lulo, closer to the end of the current September 2016 quarter.

Lucapa Diamond secured the XRT module as soon as it recovered the record 404 carat diamond in February 2016, when it also started stockpiling all oversized material.

“Once introduced into the plant flow, the XRT technology and larger screens will give us the capacity to recover individual diamonds of up to 1.100 ct,” says Wetherall.

“Significantly, Lucapa and its partners have achieved these diamond production records while also advancing our ongoing kimberlite and alluvial exploration programmes at Lulo,” he concludes.