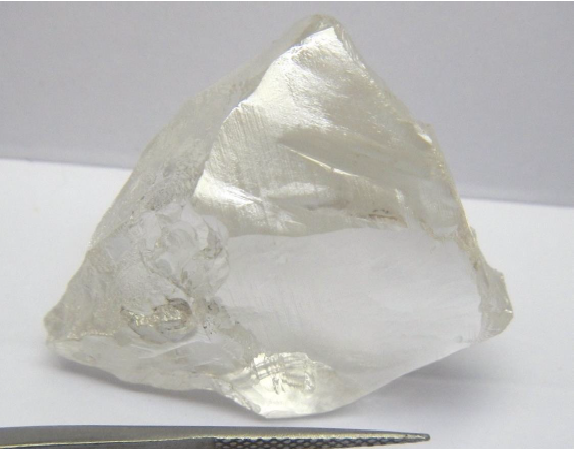 The 104 ct D-colour diamond was among the latest specials (diamonds weighing > 10.8 ct) recovered from on-going alluvial mining opeations at Lulo. Testing on a Yehuda colorimeter confirmed the top-tier 104 ct stone as a Type IIa.

In July, the company recovered a record of 59 special diamonds in July – more than the 53 recovered in the entire previous half year.

It also reported a record monthly recovery of 3.164 ct of diamonds at the time, which includes a record daily recovery of 448 ct, eclipsing the day on which the company discovered a 404.2 ct diamond from the Lulo diamond project.

The diamond was confirmed a Type IIa D-colour gem and is the biggest recorded diamond ever found in Angola.

It is also the 27th biggest recorded diamond in the world.