Mining industry representatives in the Democratic Republic of Congo are hopeful that their current engagement with civil society, a member of the Mining Code Revision Tri-Partite group and other key interest groups will contribute to a better understanding of certain issues that need to be addressed before the country’s new mining code is implemented.

The industry submitted a formal proposal to the DRC Ministry of Mines on 29 March 2018, designed to address concerns about the new code, notably the stability clauses embodied in the previous code, which included taxation, customs and exchange control.

The industry’s proposal includes provisions to explicitly preserve mining agreements entered into by the DRC Government while proposing a sliding scale on royalties for copper, cobalt and gold which, in the industry’s view, would be a more effective mechanism for government to share in higher commodity prices than the windfall tax and strategic minerals envisaged in the new code.

While the DRC Ministry of Mines has not yet formally responded to the industry’s proposal, the engagement through the working groups set up to draft the regulations to implement the law and the all-important Civil Society leadership along with other industry and government counterparts has been constructive.

The industry believes a way forward could be found which would be in the best interests of all parties. 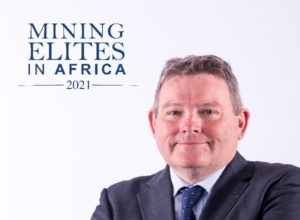