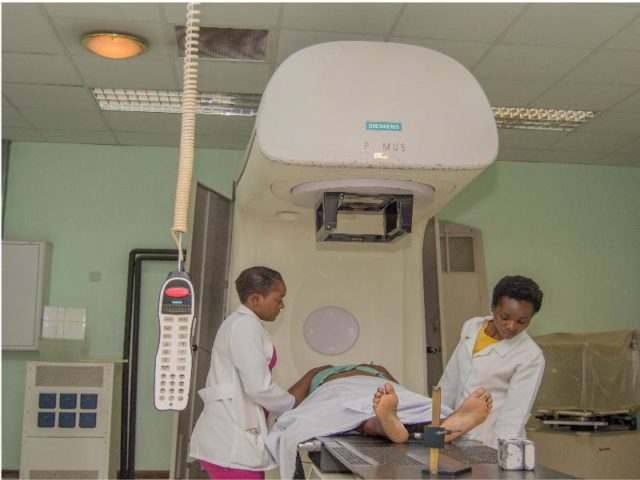 Zambia is planning to build its first Nuclear Centre for Science and Technology with the help of Russian State Owned Nuclear Corporation, Rosatom.

It is envisaged that the research nuclear centre will open up new opportunities for Zambia in terms of academic work and medicine, as well as stimulate social and economic development.

Let’s delve into the issue and explore more about how nuclear technologies can have a positive impact on Zambian development in general.

Firstly it is important to note that the centre is a multifunctional facility focused on the application of nuclear technologies for the benefit of general public.

The research reactor, which is critical a component of the centre, can be used for multiple purposes including the study of different materials, production of radioisotopes for medicine and agriculture, as well as personnel training.

A Nuclear Centre for Science and Technology (NRTC) enables the use of nuclear technologies in science, healthcare, geology, agriculture, and other human activity areas.

With the use of radiation scientists are able to successfully fight harmful pests that destroy farm crops and fruits without using harmful pesticides which are detrimental to the environment.

Some African regions with the help of radiation sterile insect technique (SIT)* were able to eradicate the tsetse fly, which posed mortal danger for cattle and human.

In Zambia the production of nuclear research centre can be of paramount importance to control army worms which have invaded maize fields and inflicted huge amounts of damage on the local farmers.

In December 2017 the Zambian government was obliged to spent around K36 million (nearly $3.7 million) to help farmers to buy pesticides and recover affected areas.

SIT technology has a potential to preserve high rates of Zambian agricultural output, which provides around 80 percent of the country’s food needs.

Also local scientists and farmers may use nuclear techniques to cultivate crops resistant to droughts and some diseases, which in general will significantly boost total output of agricultural products in the country.

It should be noted that in Zambia the agricultural sector represents one of the pillars of economic development and contributes more than 30% of country’s non-traditional exports, e.g. other than copper and cobalt.

The country recognizes agriculture as one of the key priority sectors in achieving sustainable economic growth and diversification away from copper mining.

Once operational the centre will produce radioisotopes, which can be widely used for diagnostics and treatment of different types of cancer, endocrine and cardio-vascular diseases thus making the advanced nuclear health care more accessible for the population of Zambia.

The centre will be instrumental in treating more local patients for cancer, heart disease and other critical diseases through the use of nuclear therapy, gamma rays and neutron radiation.

The centre and its developments in nuclear medicine will complement the Cancer Diseases Hospital in Lusaka, which is a prime example of how Zambia is already successfully using nuclear technology to treat cancer, one of the most dreaded diseases in the country.

Over the past 10 years, more than 17 000 cases have been successfully diagnosed and treated at the hospital.

With the new centre the number of successful cases will rise significantly.

Over 40 million nuclear medicine procedures are performed globally each year, and the demand for radioisotopes is increasing at up to 5% annually.

Over 10 000 hospitals worldwide use radioisotopes in medicine, and about 90% of the procedures are for diagnosis. Sterilisation of medical equipment is also an important use of radioisotopes.

The innovative research will stimulate emergence of high tech clusters in the country, making it possible for Zambia to become a technological leader in the region. These clusters would integrate a number of industries including medicine, science and technology.

The science and technology cluster may include the manufacture of a host of special-purpose and civil products, such as equipment for the transport industry and the fuel and energy industry, not to mention systems for monitoring, diagnostics and control, metallurgy products, control and measuring devices as well as a range of medical equipment.

Moreover, the cluster ensures the growth of the added value by increasing the competitiveness of the manufactured products on the domestic and foreign markets.

Experience has shown that marketing and engineering infrastructure facilities and small enterprises operating in related fields begin to emerge near the “core” of the cluster after its creation. In symbiosis with the “core”, they increase the investment attractiveness of the region and of the entire country.

The integration of new enterprises into a single complex will enable national players to strengthen their positions in the domestic market and to increase their competitiveness on a global level.

In the ambit of scientific development, nuclear research laboratories and centres may play a crucial role in STEM disciplines (science, technology, engineering, and math), which are a basis for economic growth and generating high paying jobs in each country.

Feature image credit: School of Business at the Copperbelt University