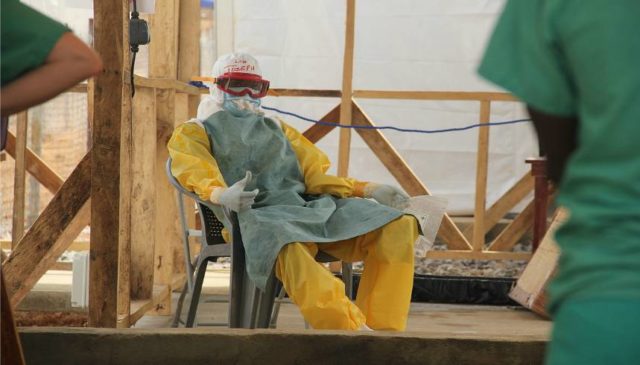 The announcement comes 42 days after the last confirmed Ebola patient in the Bas-Uélé province tested negative for the disease for a 2nd time.

The World Health Organisation (WHO) has declared the end of the most recent outbreak of Ebola virus disease (EVD) in the Democratic Republic of Congo (DRC).

The announcement comes 42 days (two 21-day incubation cycles of the virus) after the last confirmed Ebola patient in the affected Bas-Uélé province tested negative for the disease for the second time.

Enhanced surveillance in the country will continue, as well as strengthening of preparedness and readiness for Ebola outbreaks.

“With the end of this epidemic, DRC has once again proved to the world that we can control the very deadly Ebola virus if we respond early in a coordinated and efficient way,” says Dr Tedros Adhanom Ghebreyesus, WHO director-general.

Related to the Ebola outbreak, four people died, and four people survived the disease. Five of these cases were laboratory confirmed.

A total of 583 contacts were registered and closely monitored, but no known contacts developed signs or symptoms of EVD.

On 11 May 2017, the WHO was notified by the Ministry of Public Health of the Ebola virus among a cluster of undiagnosed illnesses and deaths with hemorrhagic signs in the Likati Health Zone.

Likati is a remote, hard to reach area, which shares borders with the Central African Republic and two other provinces of DRC. Cases of Ebola were reported in four health districts.

This is DRC’s eighth outbreak of EVD since the discovery of the virus in the country in 1976.

The effective response to this latest EVD outbreak in Africa was achieved through the timely alert by local authorities of suspect cases, immediate testing of blood samples due to strengthened national laboratory capacity, the early announcement of the outbreak by the government, rapid response activities by local and national health authorities with the robust support of international partners, and speedy access to flexible funding.

Coordination support on the ground by the WHO Health Emergencies Programme was critical and an Incident Management System was set up within 24 hours of the outbreak being announced. The WHO deployed more than 50 experts to work closely with government and associated partners.

Dr Matshidiso Moeti, the WHO regional director for Africa, who visited DRC in May to discuss steps to control the outbreak, says the country has shown exemplary commitment in leading the response and strengthening local capacities.

“Together with partners, we are committed to continuing support to the government of DRC to strengthen the health system and improve healthcare delivery and preparedness at all levels,” she says.

Work with the government of DRC continues to ensure that survivors have access to medical care and screening for persistent virus, as well as psycho-social care, counselling and education to help them reintegrate into family and community life, reduce stigma and minimise the risk of EVD transmission.

WHO coordinated international technical support for the outbreak with partners in the Global Outbreak Alert and Response Network (GOARN) and the Dangerous Pathogens Laboratory Network.

Other key partners supporting the DRC government in their response included:

The WFP/Logistics Cluster and UNICEF supported warehousing capacity in Buta and Likati and the United Nations Humanitarian Air Service (UNHAS) set up a base for air operations from Buta, while the United Nations Organisation Stabilisation Mission in DRC (MONUSCO) helped transport response teams and urgently needed supplies to the affected zone.