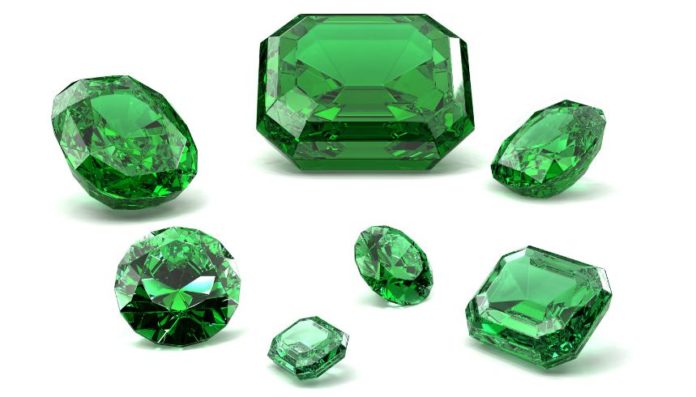 This is a world-first by the mine’s operator Gemfields and its sister company Fabergé.

The 4.11 carat lively green emerald-cut gemstone was mined at Kagem emerald mine in Lufwanyama, which is 75% owned by Gemfields in partnership with the Zambian government, which owns the remaining 25%.

The gem was acquired and mounted by Fabergé as a custom-crafted item for the successful winner of a charity auction held by the charity mothers2mothers at Salma Hayek Pinault’s London home in November.

As part of the prize, the winners will also travel to Gemfields’ Kagem mine in Zambia to see for themselves the very source of their unique emerald, as well as the mine’s community projects in place in the area. The winners will also have the opportunity to visit the local mothers2mothers initiatives.

The girdle of the emerald is laser-engraved with a secret message chosen by the winner, the reference number of the gemstone’s Gübelin laboratory certificate, and a Gemfields reference number.

Magnification of approximately 20x is required to read the information. The laser-inscription process has no effect on the colour, clarity or other characteristics of the gem.

“Gemfields is thrilled to unveil another exciting advance, simultaneously supporting both the traceability and the romance of precious coloured gemstones. Gemfields’ belief that there is ‘A story in every gemstone’ is taken to a new level by laser-engraving a personalised message on a gem,” says Gemfields and Kagem CEO Sean Gilbertson.

mothers2mothers (m2m) is an international NGO founded in Cape Town, South Africa in 2001. m2m employs and trains HIV-positive women to deliver health services, advice, and support to women and their families at health facilities and in local communities.

From an initial focus on eliminating mother-to-child transmission of HIV, m2m has expanded into five related areas to deliver benefits for women and their families at all stages of life.

As well as a continued focus on HIV-prevention and education, m2m’s services now also include early childhood development, paediatric care and support, and adolescent mentoring.

In 2016 alone, m2m and its partners enrolled almost two million new clients into care across seven African countries. Results show that m2m has virtually eliminated mother-to-child transmission of HIV among its clients, and is making significant strides in expanding the scope and scale of its other services.