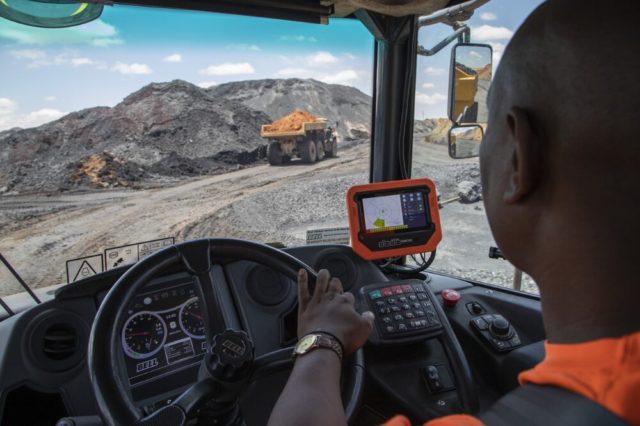 It is for this reason that Canyon Coal selected global technology company Minetec Smart Mining’s Collision Avoidance System (CAS) Level 7 and 8 for use in its mining machines.

The Minetec CAS was recently installed on earth moving machinery at Canyon Coal’s Khanye colliery, in Bronkhorstspruit and Phalanndwa Colliery near Delmas.

The collision avoidance system requirements seek to improve safety at mines, especially when vehicles of 30 meter or more in length are in operation, to avoid the occurrence of injuries or mining accidents.

Gurban Zeynalov, Co-founder of Minetec, explains that the system prevents accidents by providing machine operators with early audio and visual warnings, when in close proximity to another machine or structure.

He notes that research and development of Minetec CAS commenced in late 2018. Following 18 months of testing and having passed rigorous safety tests, the devices were commissioned onto Canyon’s machines by the company’s engineering team and safety department.

Key features of CAS include that it observes, detects and gives warnings to machine operators and sends notifications to field managers as well as control centres of existing problems.

Gurban points out that the size and inherent blind spots of most mining vehicles make it impossible for operators to be aware of other machines and vehicles.

“CAS provides substantial enhancement of the level of a driver`s awareness through its predictive detection system,” he states.

Canyon Coal Group Engineering Manager Jaco Van Meyeren notes that Canyon had been seeking a reliable and cost-effective CAS for the past 2 years to get the most compatible system for their requirements.

“This is why demo trials were held with 6 different companies who offered similar solutions before a decision was made on which one was best suited to Canyon’s mines,” he explains.

“The system met Canyon Coal’s strict safety requirements following an extensive trialling period. Minetec CAS is being rolled out across all Canyon’s mining machines as it was deemed the superior choice to avoid injuries, damage to company assets and prevent unnecessary downtime as result of avoidable damage caused to mining machines,” Jaco states.