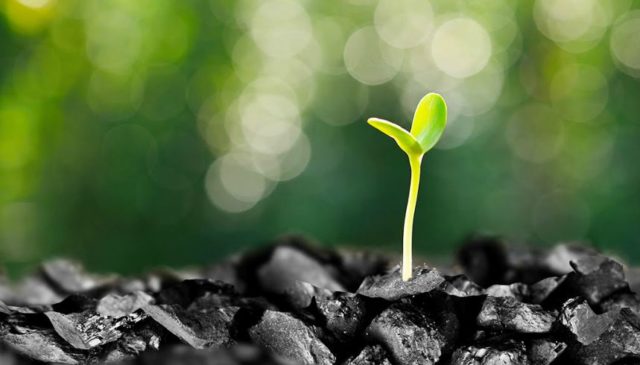 There are more than 110 coal mine pit lakes in South Africa, at both active and closed/abandoned mines. While extensive studies have been conducted internationally on the evolution of pit lakes, locally there has been little research on whether they are a viable mine closure option.

In response, the South African Water Research Commission (WRC) funded a research programme undertaken by GCS Water and Environmental Consultants (GCS) to determine if pit lakes are a viable mine closure strategy under southern African conditions.

GCS investigated four different coal mine pit lakes from three coal basins in South Africa to understand the chemistry and water balances of the pit lakes.

The aim of the research was to determine if they are a viable closure option and if so, to develop a manual on how to properly create coal mine pit lakes to ensure they are sustainable.

The research, conducted on behalf of the Water Research Commission, launched in the summer of 2017/2018 by GCS and will be completed in 2018.

The research also forms two MSc studies through the University of the Free State.

The expectation is that the demand for coal will continue in the medium term.

The remnants of coal mining include old coal mine waste, alterations to the landscape, and, in the case of open cast mining, pit lakes.

Historically these voids were not back-filled in an attempt to manage the water in the mines which result in pit lakes of various sizes and depths.

The perception of pit lakes is that they contain poor quality water and pose a threat in terms of uncontrolled discharge (decanting), thereby discharging contaminated water into surrounding water resources.

While some pit lakes do display poor water quality, some do, in fact, have relatively good water quality, particularly in areas where there is low pyrite and high levels of available carbonates coupled with large amounts of organic or inorganic nutrients.

Pit lakes in South Africa can be classified into three types according to the mining method utilised.

Terminal pit lakes are the result of a single excavation.

These types of pit lakes act as hydrological sinks and the only outflow is through evaporation.

The evaporation, in turn, impacts the chemical components in the lake.

The second type of pit lakes are those associated with the final void of open cast operations that have been backfilled and rehabilitated.

These receive water which interacts with open cast spoils before entering the lake, which can cause an increase in dissolved solids, depending on the chemical characterisation of the backfill material.

This pit lake can be classified as a flow through pit lake. If the water level in the lake rises above the regional groundwater, water may move from the pit lake into the surrounding aquifer or decant into streams.

As a result, a net negative pit lake balance is critical to ensure that the quality of the surrounding water resources is not impacted.

These pit lakes receive water from both underground and open cast mines, which may impact the overall water quality and chemistry profile of the pit lake.

These pit lakes can also be classed as flow through pit lakes.

GCS’ study investigated the characteristics of four pit lakes from coal mines in Mpumalanga, Kwa-Zulu Natal and the Waterberg in terms of the pit lake water qualities and water balances.

The pit lakes ranged in age, depth and area and all had different geological, geochemical and hydrogeological characteristics.

The expectation, therefore, was that they would all display different pit lake behaviour and water quality evolution.

“This was an investigative, baseline study as we had no hypothesis to test,” explains the Water Research Commission’s Dr Jo Burgess.

“The aim of the research is to establish whether or not pit lakes represent a viable and safe end use for mine closure.

However, if pit lakes are used as a viable mine closure option we want to be sure that we are avoiding legacy issues like acid lakes, that the water quality is acceptable, and find out to what extent the lakes can support aquatic life.”

One of the most significant findings of this study is the importance of limnological influence on water quality and in situ water chemistry over time. 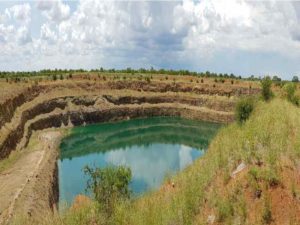 Situated in the Waterberg coal field of South Africa, pit lake A is characterised by an arid climate with high evaporation and relatively low rainfall.

The pit lake formed in a void left by a single bulk excavation of coal to a depth of 96 m.

After mine activities stopped in 2010, the groundwater levels rebounded to equilibrium levels by 2015, which is considerably quicker than originally expected.

The groundwater inflow from the surrounding aquifer maintains the relatively stable pit lake level and water quality. This pit lake can be classed as a terminal sink pit lake. 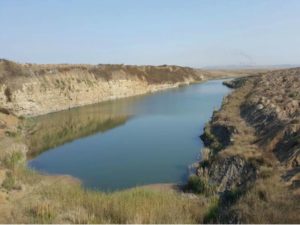 Pit lake B is situated in the Mpumalanga coal fields and is a result of an open cast operation which has been partially backfilled and rehabilitated, leaving a lake with a maximum depth of 20 m.

The area has a higher average annual rainfall than pit lake A, and slightly less evaporation, which implies a greater contribution from rainfall to a more positive water balance.

This pit lake can be classed as a flow through pit lake, where the lake may recharge groundwater and there is a potential of the lake discharging onto the surface in cases of extreme rainfall. 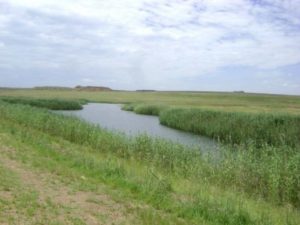 Pit Lake C, also situated in Mpumalanga, results from opencast operations which ended in 1991 after which the groundwater level was left to rebound to equilibrium levels.

A roll-over mining method was used to mine the coal.

The majority of the opencast operation has been back filled and rehabilitated leaving a relatively narrow and elongated pit lake with a maximum depth of 3 m.

The area has a similar rainfall pattern and evaporation rate to pit lake B. 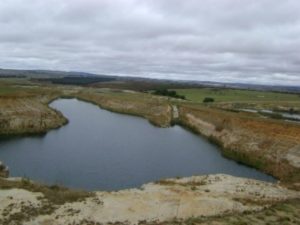 The final pit lake in this study is situated in Kwa-Zulu Natal where the mining operation, which ceased in 2007, consisted of an open cast operation from which the underground operations were established.

The pit lake is hydraulically connected to both the underground and open cast operations.

The water balance and geochemistry here is a little more complex than at the other lakes, as the variables include water from the underground mine, from the open cast spoils, and directly into the pit lake.

The study, due to be completed by March 2019, has revealed a number of interesting findings.

Most significantly, it has established that the sustainability of a pit lake is a function of the previous mining method and the relative size of the pit lake in comparison to the disturbed area.

While water quality between the four pit lakes varied, as did stratification, there were a number of similarities.

In all cases water at the top of the pit lakes was warmer than the lower portions – not surprising considering that the initial samples were all taken during summer.

Other similarities included the pH levels which were all alkaline with no significant variation with depth which indicates that the pit lakes included in this study are alkaline and don’t show a major influence of acid mine or acid rock drainage.

In all the pit lakes assessed, dissolved oxygen levels decreased with depth, which is typical of a pit lake.

These oxygen levels impact on the biota with greater algal, invertebrate and vertebra species in the upper levels of the lakes.

The redox potential of all the pit lakes is positive, with the exception of the lower portion of pit lake B, which is negative.

All the pit lakes under investigation showed a negative water balance when comparing rainfall and evaporation. Inputs impacting water balance include direct rainfall, groundwater flow from the surrounding aquifer, and recharge to the rehabilitated/disturbed area.

Outputs impacting water balance include evaporation, flow into the surrounding aquifer, and decant.

However, uncontrolled discharge (decant) only occurs when the pit lake has insufficient open area or freeboard to allow for evaporative losses to balance the inputs.

Although water samples have been analysed for microbial diversity as well as algal sampling, at the time of writing, not all results had been received.

“So far the results have been encouraging and indicate that deliberately flooding a pit is a viable long-term solution for certain well planned mine closure,” reports Burgess, adding that the next step will be an open day with the mining industry in June where she hopes the community of practice will be able to openly discuss the use of pit lakes as a sustainable mine closure option.