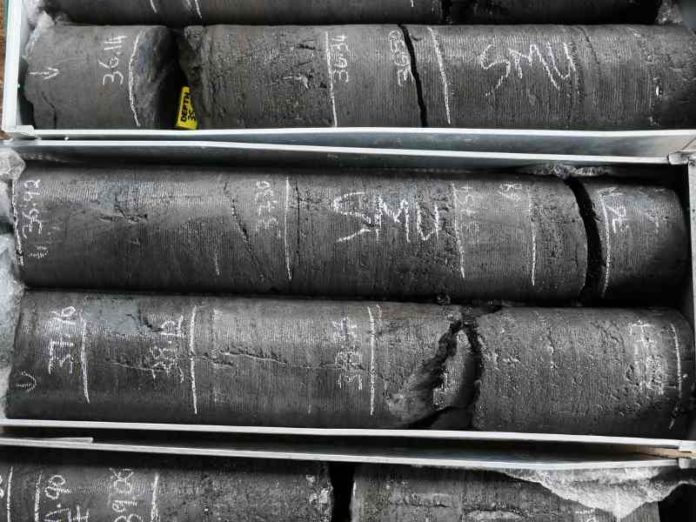 The long-term success of dual-listed coal miner MC Mining is largely dependent on its ability to develop and operate its flagship Makhado coal project, which for years has sat dormant within the company’s project portfolio.

Under the leadership of CEO DAVID BROWN, in 2019, the company outlined a financially feasible development approach that will see the project move into development within the second quarter of 2020, LAURA CORNISH writes.

The last 10-years in MC Mining’s (previously Coal of Africa) history could be summarised as a pre- and post-Brown era.

The pre-Brown period saw a coal mining business struggling to keep its head above water with a suite of non-performing assets and undeveloped projects. There is no need to go into further detail about this.

The post-Brown years, which started in 2012 when the recent ex-CEO of Impala Platinum joined the company (as a non-executive chairman in 2012 and then as CEO in 2014), has delivered a revolutionary business turnaround.

The company’s non-profitable mines have either been sold or placed on care and maintenance and the acquisition of the Uitkomst mine in KwaZulu Natal brought the company back to production life.

Most importantly, Brown has played a pivotal role in finding a solution that will see MC Mining’s Makhado project, located in the Soutpansberg coalfield in the Limpopo province, eventually move into construction and shortly thereafter, operation.

The evolution of Makhado

The quality and value of Makhado has never been in question. The asset comprises a significant coking and thermal coal resource – enough to have quantified the vision of building a R4 billion, 5.5 Mtpa coal operation in the company’s 2009/2010 earlier years.

“Quite obviously, we would never have found a home for this volume of coal. And the possibility of raising that much cash to build the mine has always been an impossibility,” Brown states.

But he has clearly made it his mission to find a way to bring Makhado to fruition and while it has taken years to find a feasible solution – one that has also evolved over the last two years – he has done it.

Building the mine in ‘bite-sized’ chunks is the answer and also a strategy that has evolved over time.

The concept of Makhado ‘Lite’ was initially introduced which curtailed production to a 4 Mtpa ROM coal operation, yielding 1.6 to 1.8 Mtpa of saleable product.

This would solve problems around capital expenditure requirements and a reduced footprint was also attractive. But even the development of this considerably downsized project was delayed due to a lack of access to two key properties where the mine’s east pit, processing and other infrastructure would be located.

Having refused to suffer further delays, a new plan has been introduced that would enable a faster start-up and give MC Mining the necessary momentum to upscale in size with time as the mine starts generating cash.

In preparation to build up to the envisioned Makhado Lite production, the mine will now be developed in two smaller phases – Phase 1 and Phase 2 which the CEO believes is a reflection of the ongoing innovation within the company to “get this mine’s product to market”. “This rationale was the result of possibly facing further delays to acquire the necessary surface rights and the need to reduce costs even further,” Brown explains.

While the project is now fully permitted and the necessary surface rights awarded, the necessity to move into Makhado Phase 1’s execution is a matter or priority and will signal the long-awaited start-up of what remains a game-changing asset for the company.

Phase 1 will commence with the development of the Makhado west pit as well as modifications to the existing Vele colliery processing plant which will be used to wash the Makhado ore.

The drilling programme completed in Q4, 2018 confirms the west pit’s limit of oxidation at 17 m below surface, indicating that the coal deeper than this has not oxidised. This is shallower than the previously modelled depth of 30 m and translates into a lower strip ratio of 2.08 m³/t over the nine-year life of the pit.

The approximate 3 Mtpa of ROM coal from the west pit will be mined by an independent mining contractor using a truck and shovel, modified terrace mining method.

The ROM coal will be hauled to a crushing and screening plant consisting of a feeder breaker to crush the coal that is then scalped, removing the coarse parting and waste. The circa 2 Mtpa of scalped ROM coal will be transported by road to the Vele colliery for final processing.

“The Vele plant will need to be modified to facilitate the simultaneous production of hard coking coal and export quality thermal coal,” Brown notes.

The plant modifications consist of amongst others, a new fines circuit comprising of reflux classifier in series with the existing spiral plant, low density secondary wash plant and a froth flotation plant to capture the ultra-fine coal.

It will be managed by independent processing experts to produce approximately 1.1 Mtpa of saleable coal comprising 540 000 tpa of coking coal and 570 000 tpa of thermal coal which will be trucked to the Mesina siding where it will be delivered to ArcelorMittal.

At this new production volume, Makhado Phase 1 will take just nine months to construct, a month to move into production and another five months to reach full production.

“We have based our numbers on a US$150/t long-term coking coal pricing structure which we feel is accurate given the supply and demand fundamentals. At this price Phase 1 along will deliver a three-year payback and an IRR in excess of 40%.”

Makhado Phase 2 will see MC Mining move into the area’s earmarked east and central pits and further entails the construction of a new process plant which would be used for Makhado Phase 1 production and another 1.9 Mtpa of saleable production from Phase 2 – of which 50% has already been contracted for offtake.

This project expansion requires a 12-month construction period and will need a four-month ramp-up to reach full production after which it can operate at this rate for 37 years. “I will deliver a similar payback period and IRR,” Brown confirms.

There can be little doubt as to how Makhado will change the face of MC Mining – for the better. “Even at the much reduced size, once operational this mine will enable the company to be financially self-sufficient and this alone is enough of a motivator to ensure we make this project a reality,” Brown concludes.