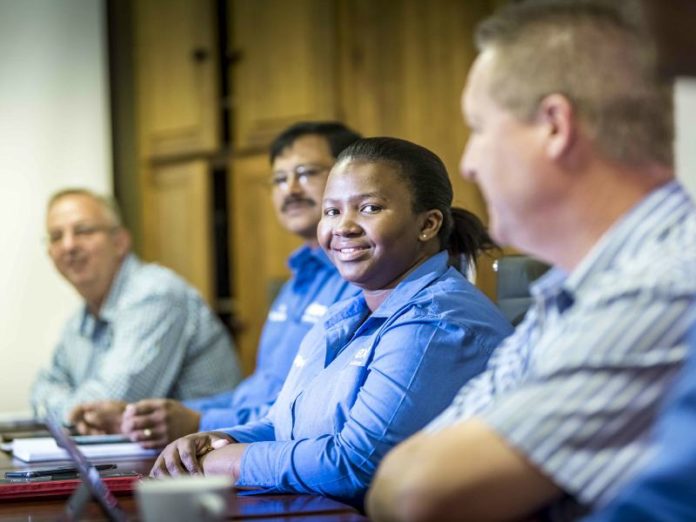 Exxaro Resources has reported positive results for the six-month period ended 30 June 2021. The group’s performance reflects continued resilience amid tough trading conditions, notable in the face of a stubborn pandemic and logistics constraints. Consolidated group revenue was up 8% mainly due to higher realised commodity prices driving an increase in coal revenue and increased income from investment in iron ore.  Additionally, the inclusion of the renewable energy business for the full six months was a positive contributor.

The company will return to shareholders a record interim dividend of R20.77 per share [1H20: R6.43 per share], also benefitting the ESOP and Community Benefit Schemes.

Core EBITDA of R4.3 billion was up 10% compared to the same time period last year (1H20: R3.9 billion). Coal revenue increased by 6% due to an increase in economic activity following the pandemic lockdown restrictions observed throughout the first half of 2020 and higher coal prices, offset partly by lower sales volumes and a strong exchange rate.

Mgojo says: “Improved revenue was mainly due to higher commodity prices achieved in the period and a higher proportion of RB1 in the export sales mix. The positive swing in EBITDA from the Mpumalanga mines made a notable positive contribution against a backdrop of disruptive distribution channel issues.”

Zero harm remains the company’s top priority and it has achieved a total of 53 months without a work-related fatality and a lost-time injury frequency rate (LTIFR) of 0.07, which is better than target. As at 31 July 2021, a total of 5 078 confirmed cases of COVID-19 were recorded across the workforce, with a recovery rate of 96% and 187 active cases. Regrettably the group recorded 33 lives lost to the disease, including two at Mafube.  Our sincere condolences go out to their families, friends and colleagues.

A total of 2 460 employees and contractors received vaccines at Exxaro’s registered sites representing 14% of employees, while 100% of the healthcare workers have been vaccinated. The Grootegeluk and Matla occupational health centres have been registered with the National Department of Health and have been approved as primary vaccination sites.

Total capital expenditure decreased by 7% to R1 174 million (1H20: R1 264 million), comprising sustaining capex of R686 million and expansion capex of R488 million. The company announced earlier this year that it will not be investing in new growth in thermal coal and it has entered a strategic phase of harvesting recent capex programmes.  Capex for its ‘coal’ business decreased by 3% compared to the first half of 2020, mainly due to the completion of the Belfast project. This was also partially offset by higher expenditure on Grootegeluk 6, a project delayed by past contractor challenges, as well as higher sustaining capex due to delays experienced in 2020.

Exxaro proceeded to conclude its stated strategy of monetising its investment in Tronox during March 2021 receiving proceeds of R5 763 million. Non-core asset disposals have been progressed at ECC as announced on SENS on Tuesday 3 August 2021, while Leeuwpan will announce as soon as it is in a position to do so.

The group managed to contain costs as a step towards preserving cash internally and will also be spending less on developing coal projects which will essentially free up the budgeted funds for sustaining operations and coal supply to Eskom’s remaining power stations for the foreseeable future.

The domestic market demand for sized product was relatively stable in 1H21 as economic activity increased. However, coal production volumes (excluding buy-ins) decreased by 2 812kt (-12%), attributed to lower production across all mines except at ECC. Total sales volumes decreased by 2 419kt (-10%), due to lower sale volumes at all mines.

Combined, the commercial Mpumalanga mines’ thermal coal production decreased by 661kt (-12%). While coal production and sales were lower than the comparative period, a 47% increase in the average benchmark API4 export price provided a positive offset to the pandemic and Transnet Freight Rail (TFR) challenges. While production was impacted in Mpumalanga, EBITDA from these operations had a notable positive swing.

The API4 index has increased in the first half of the year on the expectation of medium-term constrained coal supply, which has been compounded by poor domestic and export rail performance and recent social and civil unrest in South Africa. However, prices are expected to gradually soften towards the latter part of 2H21.

The company expects the seaborne and domestic thermal coal market to remain steady during 2H21. Strong thermal coal demand from the northern hemisphere, rising gas prices along with the slow recovery of both seaborne and China domestic supply will support the seaborne price. The route expansions of the Panama Canal, Suez Canal and One Belt-One initiative will also positively affect the seaborne trade. Exxaro continues to engage TFR on finding solutions to the distribution channel constraints experienced during 1H21. The company is ready to ramp up its coal exports as soon as all TFR issues have been resolved.