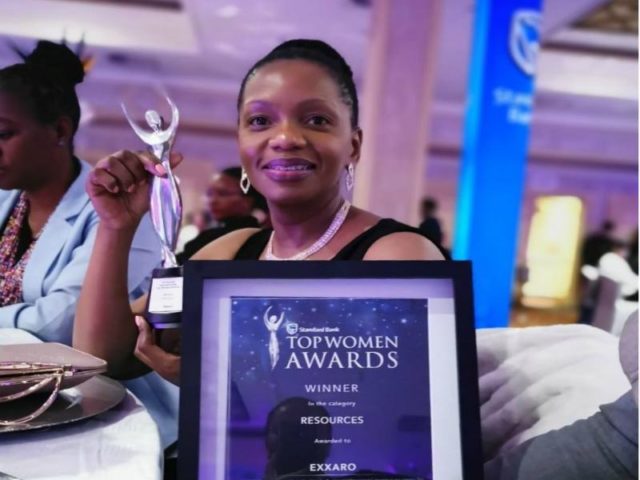 Exxaro’s first female Engineering Manager has been named the winner in the Top Gender Empowered Organisation: Resources category in the Standard Bank Top Woman of the Year awards.

Bontle Mtshengu, who leads a team of over 200 and is responsible for ensuring Exxaro complies with its engineering strategy and health and safety standards at its Leeuwpan Coal Mine.

An overwhelmed Mtshengu dedicated her win to her team and Exxaro.

“I am humbled to have won considering the quality of the competition. I was just happy to have been among the finalists.

“Exxaro has provided me with many opportunities to not only succeed personally but also to be a role model to other women and to help all the people who report to me to succeed.

“Exxaro truly lives its mission to power possibilities for its employees,” she says.

“I am delighted at Bontle’s win which, I believe, is testament to the work Exxaro is doing to power better lives for our female employees. Bontle, along with Johanne (Struwig, who was a finalist in the Top Young Achiever of the Year category) are among several women at Exxaro who are paving the way for women in mining in South Africa.”