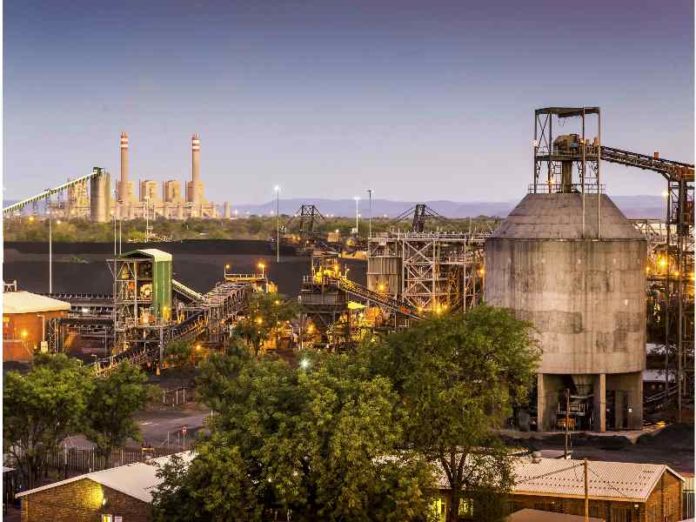 It’s the first mine in South Africa a new mine has been developed incorporating a digital twin. The minegained further kudos when it is announced that it will start producing coal six months ahead of schedule.

Exxaro’s Belfast Coal mine is however more than just a pioneer of Industry 4.0 in the African mining sector. It is paving the way for the future of mining on the continent.

GERARD PETER spoke to PLEASURE MNISI, manager: business optimisation at Exxaro to get an update on progress at Belfast Coal Coal and what the future holds for this first-of-its-kind South African mine.

Taking over 20 years to develop at a cost of R3.3 billion, Belfast Coal is a digital and connected mine that centres on one of the last A-grade, high-yield coal deposits in Mpumalanga.

Construction began in November 2017. The mine was only expected to start producing coal in 2020, after breaking ground in July 2018. In September last year, Exxaro announced that it would start producing high-grade thermal coal six months earlier than expected.

“For the year (2019), we are targeting between 1 and 1.2 Mtpa of coal and we have been ramping slowly and will definitely reach the 1 Mtpa mark by the end of year, which is what we budgeted,” explains Mnisi.*

“This is quite remarkable considering that we never planned to start producing in 2019; it has always been a 2020 project. This proves that the use of technology to manage the project and coordinate the value chain process is already reaping rewards at Belfast Coal.”

It is envisaged that Belfast Coal will primarily produce A-grade, export-quality coal (typical 6 000 kcal/kg) at a projected volume of 2.2 Mtpa, and a secondary-quality product (typical 21.5 MJ/kg) for local use or export of approximately 0.5 Mtpa.

The mine has a  17-year lifespan for the first phase operation with a potential second phase that could increase to increase the life of mine.

In order to ensure that the mine was on schedule, Mnisi states that there were work packages that were managed digitally to track progress on what needed to be done.

“We worked with more than 50 partners, however, the most important thing for us was to have our own platform and use the Internet of Things (IoT) to connect across the entire value chain.

“By developing our operating system on a platform basis, it enables us to scale plug-and-play initiatives, remove those components that are not working and it also ensures that we are not forced to stay with a particular partner for the entirety of Belfast Coal’s lifespan.”

In order to develop its digital twin and create a connected mine, Exxaro looked abroad for working examples. The company’s senior leadership team visited the United States, India, Australia and Singapore to learn about Industry 4.0 initiatives.

At the heart of it all, the company focused on tech start-ups, particularly on their DNA and their way of thinking in how they go about generating innovative ideas to digitally transform mining operations.

“In 2017, we started crafting our digital strategy so we brought in two consultancy houses, Deloitte and Accenture, and asked them to come up with bottom-up ideas to create this digital mine, adds Mnisi.

“We came up with about 600 different initiatives, however, as you can imagine when you ask people for technology ideas, they don’t necessarily come up with those that add value to our operation.

“This enables us to see challenges and constraints that we were not always able to see before and have visibility of the entire operation from pit to port.”

As with all operations in its value chain, Belfast Coal has an Integrated Operations Centre: one point where the company can get an immediate snap shot of the entire mining operation.

From the outset, the centre has been manned by employees with expertise from across the entire value chain. In doing so, Exxaro was then able to identify gaps in the operation that needed to be addressed and also started collecting data, which Mnisi says is the third pillar of Belfast Coal Coal’s strategy.

“We started accumulating data from all the points in the value chain and in those parts where we began to see maturity, we applied predictive analytics on some of our critical equipment.

“For example, by using drone surveying technology to determine the location of particular grades of ore bodies and using predictive analytics on our loaders, we were able to superimpose the two and now we are able to determine the volume and quality of ore that each truck is loading.

This is part of our overall Mineral Resources Management Integration, namely, determining the coal geology, what we’ve moved and to which stockpiles, how we wash the coal and determining what type of coal, marketing and logistics is required.”

Mnisi adds that when the company decided on an overall automation strategy, unlike other mines that have opted to fully automate, Exxaro looked at those areas where automation offered high value with less disruption to the workforce so that the change is easily adopted. In those areas where operations are more labour intensive, the company will integrate automation when replacing equipment during Belfast Coal Coal’s life of mine.

Being a new mine, Belfast Coal does not have to deal with the much debated issue that automation will result in job losses. As such, Exxaro was able to hire a young workforce to operate the mine.

“About 80% of our workforce is below the age of 35. And when you look at the unemployment rate in South Africa, it is the youth who are most effected.

“With basic maths and thinking skills, coupled with the buzz around technology that is going on in their community and the country as a whole, these young people are keen to work at Belfast Coal as their see the opportunity to become future-proof if they work at this new-age mine,” explains Mnisi.

In this way Belfast Coal is helping to develop mining’s workforce of the future. “Mining has never been fashionable: It is engrained with hard labour, fatalities, etc.

“However, if you take, for example, the manner in which we use drones and remote control to conduct a blast at Belfast Coal, the younger generation sees this as being ‘cool’.

“Without really verbalising it, our young team appreciate the fact that they are at the forefront of changing this so-called boring traditional industry into a modern digital industry.”

As part of driving Industry 4.0 in mining, Exxaro has initiated the Digital 321 initiative at Belfast Coal . This is an open platform where contractors or anyone with a digital idea can test with minimal costs to see if it works.

A boost in safety

Importantly, automation is also helping to ensure that health and safety standards are maintained at Belfast Coal. For example, by attaching a digital safety tag to a worker’s PPE, the company can control where that worker is allowed to go.

“The moment a worker works into a zone where they shouldn’t be, the Integrated Operations Centre is alerted, thereby preventing a possible incident,” adds Mnisi.

Another important initiative is digitally monitoring speed limit zones on the mine.

“By simply using real-time monitoring of drivers in the pits, not only can we monitor their speed and prevent an accident but it also allows us to confront those drivers with hard facts if they ever transgress the speed limit,” explains Mnisi.

What’s more, by using short interval control, the company is able to give feedback on Belfast Coal Coal’s production status on an hourly basis. This allows shift operators to monitor their progress and together with the integrated operations centre, they are able to rectify any production shortfalls before a shift ends.

Belfast Coal is more than just a digitally advanced mine that is producing high grade, clean-burning thermal coal. More than 6 000 direct and indirect jobs were created during construction, seeing almost 20 000 people benefiting, mainly from the local Nkangala District Municipality community.

Belfast Coal is expected to contribute R39 billion to local GDP over its life of mine, with the district’s GDP gaining an estimated R2.1 billion per annum, including R966 million – a full 1% increase – of direct impact on the district municipality.

This, together with the ability to teach its young workforce the skills needed to future-proof themselves in the 4IR, Belfast Coal is truly helping to shape the future of mining in Africa.

*Info correct at the time of interview in December 2019