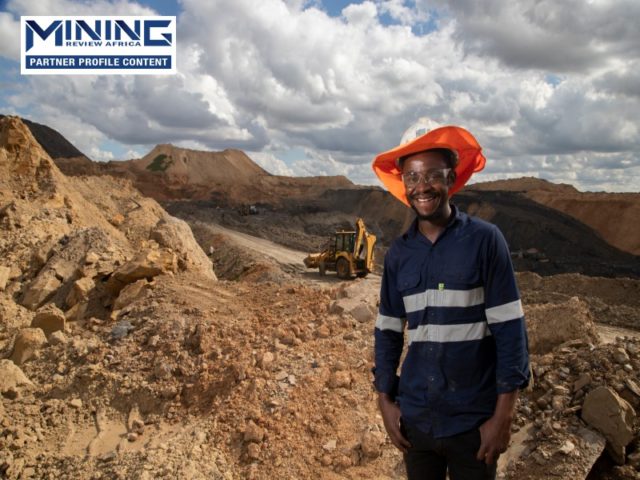 “I’ll take whatever job you have, and I promise you that you won’t regret having given me the opportunity,” said Jabulani Bridge Jiyani (24) to then Phalanndwa Colliery General Manager Guy Thompson at their first meeting in March 2015.

A few days later he started his career at Canyon Coal, as a general worker at Phalanndwa Colliery in Delmas cleaning offices, sign boards and cars at the mine. He was committed to showing from day one that he was going to take the opportunity that he had been given with both hands and work as hard as he could to turn his pledge into reality.

Jabulani achieved a great career milestone recently when he was promoted to the position of Blaster at Khanye Colliery in Bronkhorstspruit, in July 2020 when a vacancy arose.

Guy recalls that he recognised very early on that Jabulani’s was a diligent and hard worker who wanted to do more than menial cleaning tasks. “Within the space of a few weeks he was moved to the mine’s blasting crew and worked as blasting assistant,” he states.

Jabulani worked as a blasting assistant for around a year and it was during this time that he was sponsored by Canyon Coal to get his Blasting Certificate and certifications as a competent person for blasting. He was promoted to the position of team leader in 2018 and was sponsored by the company to go to Colliery Training College (CTC) to complete his rock breaking studies.

“It became my passion to show Guy that his belief in me was not unfounded and I worked extremely hard to achieve a Certificate of Merit from CTC by becoming a top student,” which included receiving a medal and trophy for his excellent academic results, he notes.

After completing his training at CTC, he worked with mine supervisors and foremen and assisted them with all their tasks. Jabulani says that as an assistant he was often called late at night, or early in the morning to deal with emergencies that had arisen. He recalls one incident where a diesel bowser needed refilling and it was raining heavily and he was called in to assist because the crew was having difficulties refilling it in the rain.

“I still recall Guy asking me why I wanted this job so badly and would do whatever I could to get it. I told him that my aim was to add genuine value to any company that I worked for and be a part of their growth ambitions. I want a company to be able to recognise me for everything that I do. I believe to date that I have achieved this by working with a few team leaders, which helped me in becoming a blaster today.”

He was until recently a Blasting Team Leader at Phalanndwa. However, an opening arose at Khanye in July for a Blaster and Guy, knowing that Jabulani was at Phalanndwa, put in a request to have him transferred to Khanye, which was accepted.

“I am very appreciative of everything that Canyon Coal has done for me, and to Guy for always believing in me. I hope to continue to grow and learn new things, improve my skills every day and be part of Canyon’s story of growth and development for many years to come,” states Jabulani.