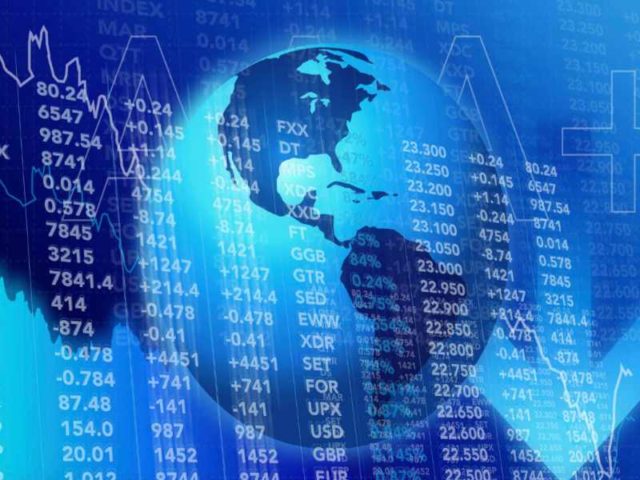 The seaborne thermal coal market entered the year challenged by low priced LNG in the Atlantic and rapidly increasing supply in the Pacific.

Economic indicators are weak globally and a warm winter in the northern hemisphere threatens Q1 demand. Will the market turn the corner later in the year?

These are the top five themes to follow in 2020, followed by our 2020 global thermal coal production guidance.

A series of unconnected mine accidents – including two in Shanxi province – caused the Qinhuangdao 5,500 kcal/kg domestic coal price (QHD) to edge upward at the end of last year. In the regions where the accidents happened, a combined 60 Mtpa of mines suspended operations for the short-term.

However, we do not expect these suspensions will reverse the upward trend of domestic supply. We anticipate that the continued ramp-up of new projects in 2020 will sustain the oversupply situation in China’s thermal coal market this year, outpacing demand growth.

We estimate 156 Mt of new capacity was added in China in 2019, while the pipeline for projects under construction stands at over 600 Mtpa. However, we do not expect Chinese demand for thermal coal to grow as fast as supply.

We estimate demand will increase by 92 Mt in 2020, compared to supply growth closer to 100 Mt. As such, there is a risk for the QHD coal price to fall below the green area (the government’s preferred price range, between RMB500-570/t) if China does not enact supply-side reform this year.

We expect China to make some small adjustments to its policy to keep supply from getting out of control in 2020. However, they are likely to err on the side of light oversupply. A slight surplus will give China greater control over stabilizing the coal price in a desired range rather than a tight market. Some possible policy measures to help China decelerate the growth in supply this year include:

India faced sluggish economic growth in 2019, with Q3 GDP growth rate slumping to 4.5%, the slowest pace of expansion in six years. However, we expect the Indian economy will recover in 2020 with the government taking on a slew of measures from Q3 2019 to revive growth.

These measures included lowering interest and corporate tax rates, improving liquidity and a revival of the housing sector, with a special focus on affordable housing. Recently, the Indian government announced the National Infrastructure Pipeline (NIP) of US$1.4 trillion in investment programs running until March 2025.

The energy sector accounted for the largest overall allotment at a 24% share. For the fiscal year 2020-21, an investment of US$275 billion is planned under NIP where US$47 billion is allocated to the energy sector.

Economic stimulus programs will help provide support to Indian coal markets but expected improvements in domestic coal supply will dampen hopes for significant import growth in 2020. Coal India is still expected to fall short of 2020 production targets, but we anticipate the company will add nearly 30 Mtpa of production this year.

In 2019, the global LNG market relied heavily on European demand to balance. Surging new LNG production from US and Australian projects met stuttering APAC LNG demand growth and, with no place else to go, spot LNG was sold at a discount into European terminals.

There appears no let-up in sight. Global LNG supply is set to grow at 7% in 2020, as freshly commissioned US projects push more LNG into an already saturated global market. Europe will again be called upon to save the day, however unlike 2019, European gas storage will start the year at record highs. With an agreement finalised for Russian gas transiting Ukraine, and a mild winter so far, we are expecting European inventories to stay high. The European TTF gas price will fall even lower in 2020 and continue to displace more coal. Global seaborne LNG prices should also fall.

While coal-gas displacement is a more difficult proposition in Asia, there is still room to displace more coal generation in Europe. There is over 5.3 GW of latent CCGT gas capacity in major European markets that could be brought back online, including the 1.3-GW Claus-C CCGT in the Netherlands and Irsching 4 and 5 in Germany. The further loss of European coal demand will be a major drag on coal prices in the Atlantic.

Expect to see further coal demand destruction in Europe, weak ARA coal prices and a large spread between spot coal prices in the Atlantic versus Pacific.

China will dominate coal-fired capacity growth in Asia, with 30 GW of new capacity scheduled to come online in 2020 as renewables and other clean energy sources are still unable to meet the country’s growing electricity demand. Coal generation continues to grow in India too, with 4 GW being added in 2020.

We expect an additional 4 GW of new coal-fired capacity to begin operation in South East Asia in 2020. Vietnam will lead the way with the new Thai Binh 2 (1 GW) and Song Hau 1(1 GW) units, followed by Malaysia where Jimah East’s second 1 GW unit was brought on-line on 27 December 2019.

Australian and Indonesian imported coals will be the main source of fuel for these new units.

In North East Asia, Japan will add 3.6 GW of new coal-fired capacity in 2020, including the 1 GW Matsuura No. 2 unit which completed construction in December 2019. South Korea will add a 1 GW ultra-supercritical unit this year to replace the 2×200 MW old Seocheon power station.

Over the past few years, new coal unit additions in Asia have partially offset ongoing retirements in Europe. 2020 is shaping up to be the third-largest year in terms of total coal-fired capacity retirements since 2011, with 7.7 GW scheduled to go offline.

Overall, global coal-fired capacity is expected to grow by net 28 GW in 2020.

The forecast 2020 ARA and Newcastle prices remain challenging for most Russian coal producers due to high transport costs. We estimate average rail and port costs for export thermal coal from Kuzbass and Khakassia to export ports at US$33/t and US$14/t respectively in 2019.

In January 2020, Russian Railways raised rail tariffs by 3.5% as part of the annual tariff indexing process. This is being offset by declining rail car rental rates amid improved rail car availability and declining cargo loading on the Russian Railways network. At our current year-average assumption of RUB67.6 per US dollar exchange rate and an average rail car rental rate of RUB1500/day (RUB1800/day in 2019), this results in an 8% or US$2-3/t reduction in rail cost.

On the other hand, an exchange rate of RUB62/US$ and rail car rate closer to RUB1600/day, which is what we are seeing in January, results in rail costs inching up by up to US$1/t.

Port rates for coal handling are unregulated and are falling too. We estimate that average 2020 port costs will be US$1-2/t lower in the eastern ports and US$3-4/t lower in the western ports compared to 2019. In our year-average scenario, this could result in a US$7/t (US$3/t rail and US$4/t port) reduction in transport costs for some Kuzbass-Baltic port export coal shipments.

US coal producers continue an upward battle, as bearish market conditions are expected to deepen this year – domestically and abroad. The US coal market ended 2019 with the lowest level of production since 1974. The outlook for 2020 is even lower with displaced domestic coal-fired generation, as low/no cost associated gas from US oil production will cause natural gas prices to bottom and renewable generation will grow by over 70 GWh.

The picture for coal exports is not looking too rosy either. US thermal exports have regularly been described as “last in, first out.” That proved the case last year. ARA prices declined by 33% throughout 2019 and, on average, netbacks for US thermal exports from all four major basins are deeply negative.

US thermal exports will likely face major declines in thermal exports this year. Northern Appalachia and Illinois Basin will see the largest declines, as the high-sulphur content of these coals limits their appeal in a low-price environment for benchmark quality coals.

US thermal coal production is expected to fall 40 Mt in 2020 to 536 Mt. However, if production curtailments do not keep pace with falling demand, there is a risk that distressed tonnage could flow into the export market and further weaken prices in the Atlantic.

Many US coal producer bankruptcies were seen last year, and the risk of insolvency still looms for 2020 as margins remain tight. Lastly, don’t forget it is a US presidential election year, which could yield a less coal-friendly President.

Supply downside risk in Colombia due to lawsuit challenges

At 26 Mtpa, Cerrejon is the largest producing mine in Colombia, contributing roughly a third of Colombia’s total coal supply. However, the mine is facing legal challenges that may lead to production shortfalls this year.

In January 2020, Cerrejon was ordered by Colombia’s highest court to develop a plan to improve air quality around the mine as a part of a lawsuit from the indigenous Wayuu community regarding particulate matter. This may cause some short-term disruptions as the company implements new controls for dust.

Cerrejon is still awaiting another ruling on a local community lawsuit that was filed last year against the mine, alleging the mine’s environmental plan is faulty and that the mine is causing water shortages, which is in turn impacting farming.

The government is reviewing the situation, but this could cause a major disruption to operations if the courts decide to suspend the mine while a new environmental plan agreement is reached.

Russia will shift more coal shipments to the eastern ports and Colombia will manage to keep exports flat, as US coal takes the brunt of the Atlantic seaborne market fall – unless lawsuits against Cerrejon disrupt operations.