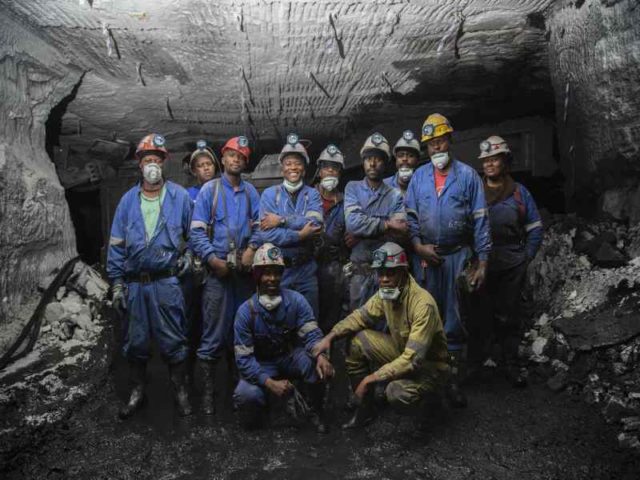 With its existing Mpumalanga-based coal operation nearing the end of its life, coal mining and exploration company Kangra Coal is currently planning the development of new mining areas, which will extend the life of the mining operation by more than 20 years, writes CHANTELLE KOTZE.

Since acquiring a 70% stake in Kangra Coal in September 2018, mining investment company Menar has overhauled the company’s Kangra operation and implemented a life of mine extension plan aimed at breathing new life into the aging asset, which would have had to shut its doors this year if new resources were not quickly brought into production.

Brought into the Kangra fold in May 2019, Menar COO Bradley Hammond, with his back to basics approach, managed to significantly increase coal production from 1.4 Mt in 2018 to 1.7 Mt in 2019.

Kangra currently operates three underground coal sections, one within the Maquasa west mine and two within the newly developed H-block, using continuous miners as well as truck and shovel mining techniques in the opencast sections.

Work at Maquasa west, the oldest of the mineral reserves within Kangra’s mining right, is currently focused on partial pillar extraction within the last of the three sections at the mine – which is expected to come to an end by June 2020.

As a result, H-Block, which was originally mined as an opencast pit, has been converted into a new underground mine as part of Kangra’s life of mine extension plan, where new and refurbished equipment is paying dividends by significantly increasing coal production.

According to Kangra Coal general manager Pierre Louw, the conversion of H-Block from opencast to underground was undertaken while mining was still taking place at the Maquasa west mine, without any disruption to production – a notable achievement for the Kangra mining team, Louw highlights.

The 900 000 t reserve at H-Block, currently being mined in two sections using continuous miners, will be mined out in June and July 2020, respectively.

It is at this point that the last opencast coal operation on the Savmore-Maquasa west mining right – the C-Block opencast pit, will be mined. Containing a 1 Mt reserve, C-Block will produce 25 000 tpm of run-of-mine coal, starting in March.

“While C-Block is being mined, Kangra will focus its attention on getting the Maquasa west and H-Block operations transferred into the new Kusipongo mining right, as these two mines will be used to gain access into the Kusipongo resource,” explains Hammond.

The next chapter at Kangra

The Kusipongo resource, which is located to the west of the existing mining operations and is a natural extension of Kangra’s current coal resource in Mpumalanga, has an underground coal reserve of around 41.9 Mt – which should guarantee a mine life of more than 20 years.

With a mixture of both low and high volatility coal, the Kusipongo resource will be mined from three sections using a board and pillar method, explains Louw, adding that Kangra is targeting a production rate of 120 000 tpa from the underground mining sections and 30 000 tpa from the opencast pits over the +20 year mine life.

Once mined from Kusipongo, the coal will be crushed, screened and trucked from Twyfelhoek to Maquasa west where it will be loaded onto an overland conveyor to Maquasa East shaft.

From here, it will be trucked to the Panbult Rail Siding, 33 km from the mine, and railed to the Richards Bay Coal Terminal, where it will be sold as a raw RB3 coal product for export.

Kangra’s historically high cost operations, with low production tonnages from the underground workings put the mine in a situation where washing the raw coal was no longer viable and its coal washing plant was placed on care and maintenance in May 2019. According to Hammond, coal prices will dictate whether or not the company can reopen this plant in future.

Adjacent to Kusipongo is the T4 mining right – the natural extension to Kusipongo. While not a focus for the company at present, exploration and development of this asset will be undertaken in future.