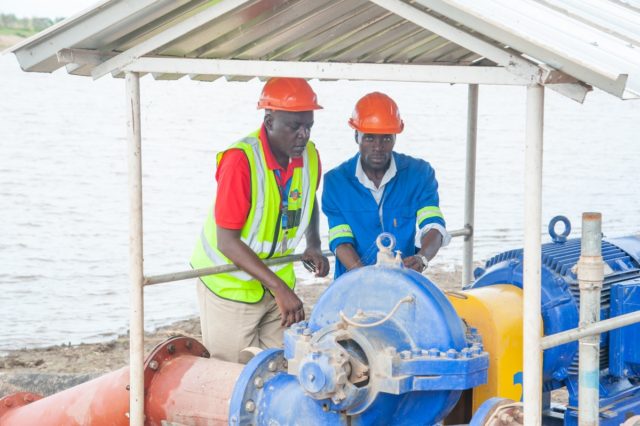 Falling water levels in Kariba have necessitated Maamba Collieries (MCL) to relocate its pumps to a new location in the Kariba lake to provide water essential for the boilers of its 300-Megawatt power plant.

MCL runs two power generating units, with a capacity of 150 MW, each of which consumes about 9,000 m3 of water a day when running at full capacity.

Low rainfall during the last wet season caused water levels at the primary location of the pump station in Lake Kariba to drop dramatically from the usual 9-m depths to zero levels leading to the water at the pumps running dry.

Mindful of the power crisis in the country and the need to generate essential power, MCL redeployed its pumps to a new location in order to keep the thermal plant of the nation’s largest Independent Power Producer operating at full capacity and avoid further load-shedding.

However, the water at the temporary pump station set up about 400 m from the original suction point, also dried up last year, despite dredging efforts to sustain water depths.

“We have been experiencing very low rainfall in this part of the country this year and that has impacted us heavily to the point where we have lost the depth completely at our original pump site.

“When the water levels started reducing following last year’s drought, we had to move quickly and establish an alternative temporary pumping station – 400 metres from the original site.

“We installed four pumps each with a capacity to pump 500 m3 of water an hour to the power plant 28 km away.”

Sikalunda explains that despite dredging, the temporary pumping site also ran dry, forcing yet another relocation of the pumps further up the lake in deeper waters.

Given the urgency of the situation, the MCL engineering team, swung into action and within three weeks created infrastructure including temporary power lines and sub-stations, creating a road to transfer the heavy pumps and laying high capacity pipelines to install the two-132 kW pumps at an alternative pumping point further up the lake to keep the plant operating at full capacity.

Mining Manager Scott Phiri, who led the team in the execution of the work, says:

“Installing the pumps at a deeper location was not easy in crocodile- and hippo-infested waters, as these had to kept at bay as men worked in knee-deep waters. We often had to seek the assistance of wildlife wardens to ensure safety.”

He also said the team was motivated as MCL’s power is critical for the country.