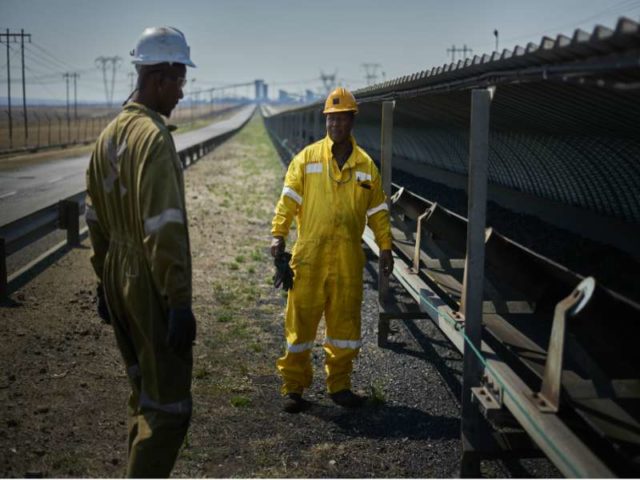 Coal mining magnet MIKE TEKE, the CEO of Seriti Resources, is in the process of establishing a coal power house in the country – driven by the need to contribute towards a prosperous energy future and fulfil its objective of help bring dignity back to South Africa’s citizens, writes LAURA CORNISH.

Seriti Resources could be described to a large extent as the Sibanye-Stillwater of the South African coal sector.

Teke is also the perfect candidate to achieve this. He has been in the South African coal game for decades, having built a solid career in the sector at BHP Billiton and thereafter achieving considerable success and shareholder value at Optimum Coal.

Today, Teke is building upon the legacy which he started at Optimum but is only now truly in the throes of doing. Perhaps it was fortuitous that Anglo American was looking to sell its domestic Eskom-tied assets because it gave Teke the impetus to establish Seriti Resources in partnership with three other leading black-owned businesses, to acquire the Anglo assets and in so doing ensure the sustainability of a cornerstone economic contributor to South Africa.

“I still believe in the value of coal, particularly in developing countries like South Africa that still depend on this commodity for the majority of its power generation,” Teke states, sharing his view on wanting to build a business in an era where global markets are shifting their power strategies away from ‘dirty coal’ and more towards cleaner, renewable energy.

“The world’s drive to reduce its carbon footprint and clean up the environment is an absolute necessity but we cannot eliminate our dependence on coal overnight.

Even first world countries such as Germany have a long-term coal exit strategy that will reduce its reliance on coal for power generation in 2038. South Africa requires a similar energy journey. For now, we simply cannot walk away from 15 coal-fired power stations,” Teke continues. “

“A consortium of strong black majors made sense, not only from an ownership perspective but also because our balance sheet ensured our ability to continue operating the mines and feeding their respective power stations – Kriel, Tutuka and Lethabo,” Teke points out.

Now, three years later the company is continuously delivering on its commitments – driven in essence by the meaning of its name. Seriti in Zulu means giving dignity and respect and this lies at the heart of Teke’s focus as the CEO of Seriti Resources.

“Building a business that has and promotes dignity is something the country can be proud of and something its citizens can depend on,” he highlights.

Taking over three large-scale coal mines, which have a combined coal production of 25 Mtpa, was no easy feat. Anglo is a respected and best-in-class company with a reputation to support that.

“We needed our newly acquired personnel to believe that we would uphold the value and respect they associated with Anglo while at the same time putting our own fingerprint on the assets,” Teke reveals.

And the company has done just that – maintaining the production momentum from its three cost plus mines required to feed their associated power stations while implementing its own philosophy of “doing things simply”.

The business is further built on two more arms of strength which the CEO describes as intensity: driving and maintaining the numbers committed to and consistency: treating each and every Seriti employee equally and fairly.

The Anglo deal also saw Seriti Resources acquire a 45% stake in the eMalahleni-based Greenfields coal project New Largo whose potential was never realised under Anglo but will soon be a significant contributor to its new owner, who shares the asset with Coalzar (22.5%), the Industrial Development Corporation (22.5%) and New Largo Coal Employee and New Largo Coal Community Trusts (5% each).

“New Largo has the capacity to produce between 10 and 12 Mtpa of coal which it will deliver to the adjacent new Eskom-owned Kusile power station.

“Our plan is not to sit on our laurels but complete a feasibility study on the asset and potentially move it into production in 2020,” Teke outlines, adding that he is confident of securing the necessary funds it will need to do so.

“The company announced its intention to sell its South African coal assets – both Eskom and export mines – and we liked the opportunity this offered and their ability to move us quickly along our dignity journey,” Teke shares.

Included on the Seriti side of the transaction are two trusts which will acquire equity on behalf of employees and communities. The remaining 8.165% interest in SAEC is held by a black economic empowerment consortium led by the Phembani Group.

The purchase price includes an up-front cash payment of approximately R100 million. In addition, South32 will receive 49% of the free cash flow generated by SAEC from the date the transaction is concluded until March 2024. That component will be limited to a maximum of R1.5 billion a year.

Once completed, Seriti Resources will increase its annual coal production to 50 Mt (excluding New Largo) and its personnel headcount from around 6 000 at present to about 15 000.

“The combination of our assets will create a formidable business in this country – well into the future. I can further say with confidence that Eskom has, and will, continue to work well with Seriti: a strong black-owned company with a strong balance sheet.”

Upon conclusion of the acquisition and the necessary regulatory permissions, which should be wrapped up before the end of 2020, Seriti Resources wants its employees to know two things:

Importantly, Teke highlights that although its asset base comprises mature mines, they all still offer +25 year lifespans. The South32 assets in particular still have significant optimisation opportunities Teke indicates.

“With a strong asset base and an unwavering drive to maintain the success it has achieved to date; I am excited about the company’s future. I am absolutely committed to this business and want to leave a lasting legacy that the country will recognise with respect and dignity,” Teke concludes.