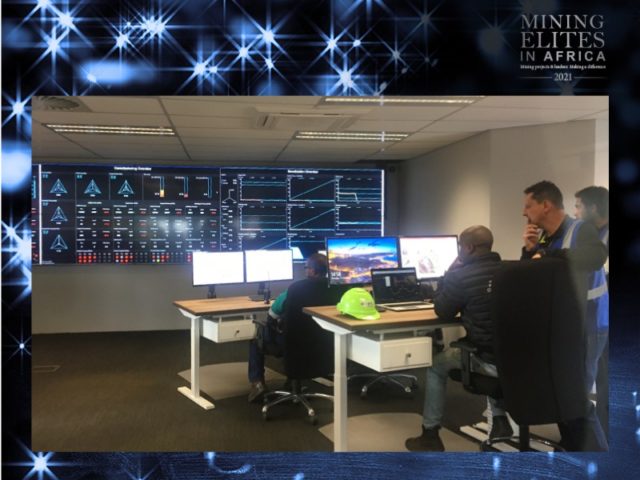 From a community upliftment perspective, the project has a strong focus on benefitting the community of Nkangala District Municipality in Mpumalanga, with over 6 000 direct and indirect jobs created during construction, seeing almost 20 000 people benefitting.

The project is expected to contribute R39 billion to local GDP over the life of the mine, with the district’s GDP gaining an estimated R2.1 billion per annum, including R966 million – a full 1% increase – of a direct impact on the municipality.

Technology and digital innovation is at the core of Exxaro’s R3.3 billion Belfast mine, which will mine the last substantial coal deposits remaining in the 100-year old Mpumalanga coalfields.

The mine will be the first of its kind in South Africa to have a “digital twin” – a complete digital replica of the mine that will enable the relevant people to connect to and manage it from anywhere in the world.

The decision to go digital was to improve costs and productivity and the digital twin is about connecting the value chain from pit to port to ensure that the entire operation is visible to the operations team, allowing them to make integrated decisions and thereby allowing Exxaro to produce and supply coal quicker to the market and to have less product in stock.

The open cast mine is expected to produce a total of 2.7 Mtpa of thermal coal, at a rate of 3 Mtpa ROM over its 17-year life of mine, comprising 2.2 Mtpa of A-Grade, export-quality coal (typical 6 000 kcal/kg), and a secondary-quality product, or ‘middlings’ product (typical 21.5 MJ/kg) of 0.5 Mtpa, both of which will be exported.