New leadership to drive next stage of Canyon growth 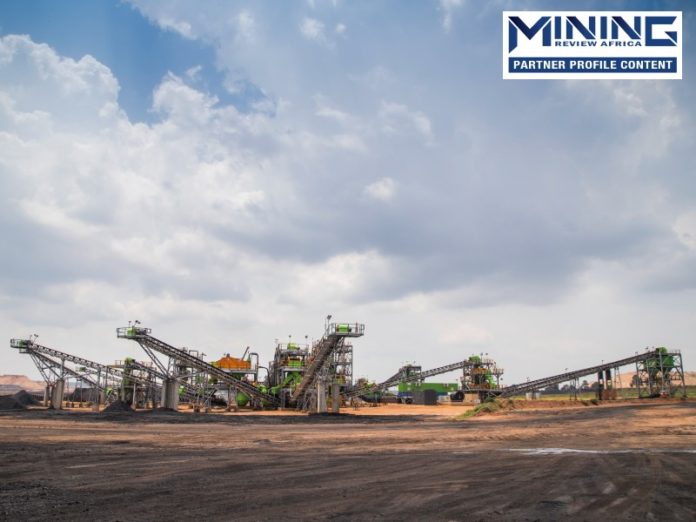 With the challenges faced operationally and in the coal markets owing to COVID-19 fast receding, Canyon Coal is pushing ahead with ambitious plans to begin the development of two mines – De Wittekrans near Hendrina, in Mpumalanga, and Bekezela Colliery (also known as Palmietkuilen) near Springs, Gauteng.

Overseeing the licensing, development and eventual commissioning of these projects are the responsibility of the newly appointed Canyon Coal Chief Operating Officer, Clifford Hallatt and Menar Head of Projects, Gerhard Cronje.

Canyon Coal will invest about R600-million in the Phase 1 development of De Wittekrans, with the creation of 430 jobs, while Bekezela Colliery will cost about R1.5-billion to develop and will create 320 direct jobs. Clifford explains that these mines are being developed with the intent, in part, to provide Eskom with options to procure the right-quality coal at a competitive price.

Gerhard points out that the Bekezela Colliery is situated adjacent to the Phase 1 section of Canyon Coal’s Ukufisa Colliery. This will increase the life-of-mine of Ukufisa, which had an original life of mine of about five years. Clay mining started at Ukufisa in December 2018. “The Bekezela Colliery will be an opencast mine, with a target production of 600 000 ton a month of run of mine (RoM), once in steady-state production, with a scheduled life of mine 22 years,” he states.

Additionally, De Wittekrans has an estimated life of mine of about 25 years, based on a run of mine production of 300 000 tons a month. Gerhard states that Phase 1, which will entail opencast mining – has a reserve of 14.3-million tons, while Phase 2 will add an underground component. “Phase 1 consists of three pits, one of which has been designed with the specific purpose of gaining access to the underground reserve,” Gerhard highlights.

Furthermore, Clifford explains that “Canyon views the opencast component of the De Wittekrans project as the key to unlocking the project’s full potential and, therefore, it will fund the capital for the larger underground section. The Mining Right, Water Use Licence (for both opencast and underground) and Environmental Authorisation have been granted. Canyon Coal also owns the farm portion on which all the surface infrastructure will be developed,” he adds.

Clifford says that as the new Chief Operating Officer his vision is to develop and grow Canyon Coal to its full potential for the benefit of all employees, shareholders and other stakeholders.

Gerhard, meanwhile, intends to ensure that both current and future projects are planned and executed in a timeous and cost-effective manner, to benefit from the current favourable coal price, which will, in turn, lead to job creation as well as economic sustainability in the coal sector.