South Africa’s mining deaths have reduced considerably over the past several years. In 2016, the industry recorded only 73 fatalities.

Even though that is still 73 too many deaths, it’s the lowest rate since records began and reflect ongoing efforts to improve the health and safety in mining environments. Injury rates are also falling fast.

These figures are well ahead of China, where coal mining alone resulted in over 200 fatalities in 2019.

But, in contrast, countries such as Canada and Australia have much lower fatality numbers. These are the countries that South Africa has been using as a benchmark – which explains why fatality rates are plummeting.

Yet those countries don’t have as complex a mining industry as we do. South Africa operates the world’s deepest mines and is an incredibly labour-intensive environment.

There are more feet underground in highly dangerous environments, so it’s fair to say that achieving more here will be harder than the results seen elsewhere.

The Internet of Things, or IoT, can promote mine safety along with improving operations. IoT connects physical environments with digital systems, enabling computers to collect data and calculate scenarios that can be applied to the real world.

Mining and IoT is a natural fit

Mining operations have been using sensor-based feedback long before the concept had a name. Since mining and IoT are already naturally aligned, how can IoT be used to improve safety as well as productivity?

Let’s look at a few examples. Tracking employees is invaluable. When a disaster strikes, it is critical to account for all people, as well as establish where they are.

Read: IoT and health & safety compliance in the mining industry

Sometimes emergencies can happen in disused areas of the mine. In some environments, there is mingling between legitimate employees and illegal miners. IoT tracking can reveal these patterns and create active situational awareness of the entire workforce.

Asset tracking is also essential. A mechanical breakdown can halt production, and also result in injuries or death. The same for environmental monitoring.

There are both immediate dangers, such as the release of gasses or unstable ground, and long-term risks from mining-related diseases.

Mining houses are paying out R5 billion in compensation for silicosis cases that go back as far as 55 years. Prevention is better than a cure. The alternative is a painful class-action lawsuit.

Although mining companies are well-versed in the benefits of sensors and data, those older systems are a far cry from the modern equivalent.

There are many new sensor choices, more types of data to harvest, and a robust digital system in the background that collects, collates, packages, and distributes the findings.

IoT dramatically enhances what we can do with sensors. But it also requires a more significant foundation to accomplish this.

There are also new challenges with bringing IoT to mines. IoT sensors benefit from a very connected environment, yet this is not as easy to accomplish.

Even a primary Wi-Fi network is challenging to set up underground where there is limited space for equipment. Nor are open mines easy to wire up, since they are large and environmentally hostile to computer equipment.

Furthermore, mining’s own culture can be a barrier. I sometimes encounter the view that what’s worked before is fine, though this is becoming less common.

What still prevails is the idea that technology is IT’s problem and the operational people want to know little about it. Yet IoT is intrinsically an operational technology, so such attitudes are a problem.

Mines can leverage their familiarity. I’d recommend starting with machines. Tracking assets and equipment is straightforward, and something mining operations are already can relate to in a value sense.

The same networks and systems that facilitate asset management can also support other IoT activities, such as tracking workers.

Once the mine develops an understanding of what it can do with IoT through monitoring the machines, it can start piloting tracking systems for employees.

IoT can also message workers and stay in touch with them. Over time, the same systems that track machinery can create situational awareness of and for mine employees.

Every mining environment poses different challenges, but overcoming those is worth it. IoT doesn’t just promise better Occupational Health and Safety (OHS), but improved operations overall.

In a sense, by focusing on health and safety, you can bring IoT’s benefits to the entire vertical of the mine, even its supply chain.

Mining safety is also about better business and creating a smarter mining sector that will continue to support South African growth. 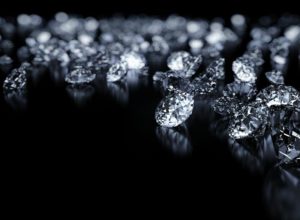