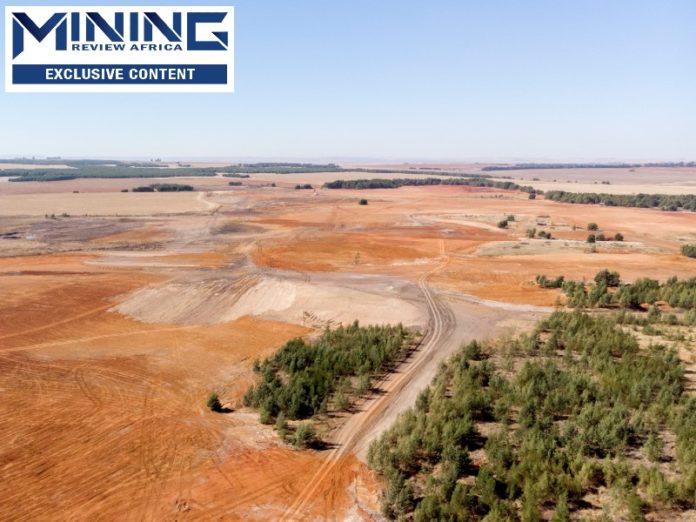 Good corporate governance is one of the tenets that Menar subsidiary, Canyon Coal, is built on. By ensuring compliance to mining legislation and its associate licences, the company is ensuring that it carries out its operations in a sustainable and ethical manner. GERARD PETER reports.

According to Melissa Pillay, Menar Head of Environmental Compliance, the company primarily aligns its policies with the Constitution of the Republic of South Africa, the overarching legal framework of South Africa.

Furthermore, Canyon Coal aims to abide by all relevant provisions of the Mineral and Petroleum Resources Development Act (MPRDA) which is the predominant piece of legislation governing rights to conduct reconnaissance, prospecting and mining in South Africa.

Compliance is managed by the Projects, Environmental and Legal Departments that ensure that the company is compliant with all relevant mining laws and regulations. In addition, audits are conducted externally on an annual basis to ensure compliance with relevant mining legislation and associated licenses.

As a South African company, Canyon Coal, implements the principles and recommendations of good corporate governance contained in the King Code of Governance Principles for South Africa, known as the King III Report.

Pillay adds that the company conducts business with its employees on the basis of the Labour Relations Act as well as Employment Equity Act and also has a particular focus on B-BBEE in terms of how its sources its employees and contractors.

Having a social licence to operate is highly important to Canyon Coal. As such, the company takes is corporate social responsibility seriously and addresses it in terms of its social and labour Plans (SLPs), which is also regulated by the MPRDA. “In addition, we always try and adopt a compassionate practice while focusing on the promotion of sustainable development in the communities in which we operate,” Pillay states.

Turning back the clock on a mine site

Canyon Coal’s commitment to good mining practices goes beyond just the operational phase. The company also places a strong emphasis on mine rehabilitation. One such example is the rehabilitation of the former opencast Singani Colliery in Middelburg.

Singani is Canyon Coal’s first mine to reach the rehabilitation stage with the ultimate goal of receiving a mine closure certificate from the Department of Mineral Resources and Energy (DMRE). The project reached an important stage with the completion of earthworks in June this year. This included the moving of a large quantum of hard, subsoil and topsoil materials as part of the remediation process.

Mining commenced at Singani in September 2014, with its resource having been depleted in February 2019. At peak production, the mine produced 130 000 tpm of run of mine (RoM) coal. However, throughout the life of mine concurrent rehabilitation of the mining areas was undertaken which has aided in the speed of the rehabilitation of the site.

Singani mine manager Mike Seme says that being part of the rehabilitation team has meant a great deal to him.

“I was at Singani when it was an active mine now it is good to see it gradually returning to its original state before mining was undertaken here.” He notes that the earthworks rehabilitation included backfilling of pit areas and voids and removal of: the RoM pad, roads, workshops, offices, all infrastructure and levelling the ground, along with the eradication of invasive plants. All the pit areas have been carefully backfilled with the overburden that was removed in order to access the coal and has been covered with topsoil.

Meanwhile, Canyon Coal compliance officer Arjen Nell points out that Singani Colliery has followed the prescribed, environmentally sound way of mining and rehabilitating the site. The team has stockpiled the overburden material in the sequence it was removed, preparing to backfill these mining areas again with the hard-, soft- and topsoil after taking out all the coal in the pit. He explains that a free draining topography was encouraged in order for the rehabilitated area to blend in with the surrounding landscape and the direction of water flow on-site.

“I believe this will set a benchmark for future projects in terms of achieving a fully rehabilitated mine, to get as close as possible to what the environment was initially, to return it to agriculturally productive land. This means that our end goal is to restore the land to arable land and ensure that the whole area is functioning ecologically as it was before mining commenced. Achieving this would be a major milestone for the company,” states Arjen.

Pillay adds that Canyon Coal has carried out regular environmental audits at Singani to examine the stability of the site. Rehabilitated areas are examined for surface cracks and to ensure all areas are free draining.

“Canyon Coal and Menar are deeply committed to ensuring the full restoration of agricultural land usage at site. The completion of the earthworks will allow for seeding to take place which will commence in due course. This is in line with the Menar Group’s goal to attain a mine closure certificate for Singani,” concludes Pillay.