Russia and Africa should harness resources for economic growth 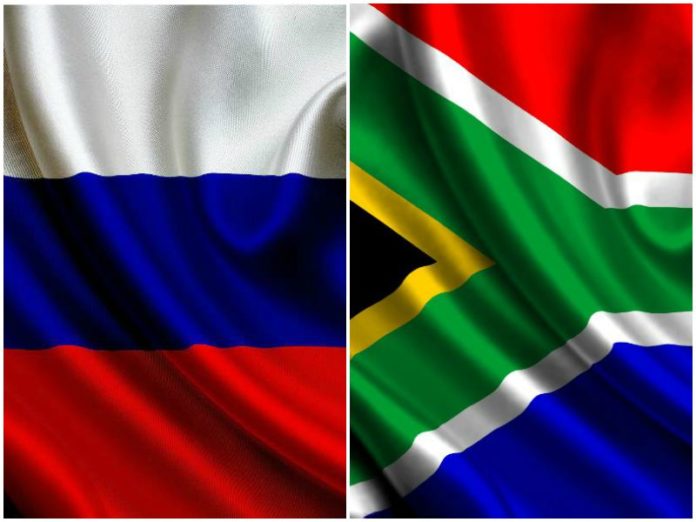 Africa and Russia must harness their immense resources to foster a greater economic future for their people says Dimitri Medvedev, Chairman of the Government of the Russian Federation.

Medvedev, who was declaring open the Annual General Meeting of Shareholders of the African Export-Import Bank (Afreximbank), held as part of the Bank’s 2019 Annual Meetings, noted that Africa and Russia accounted for half the world’s resources.

He said that although Russia’s presence in Africa had weakened in the 1990’s, the country had since then done a great deal of groundwork on joint projects in geology and mining, energy, industry, agriculture, fishing and telecommunications.

“We are promoting humanitarian ties, both as part of international assistance to Africa’s comprehensive development and on a bilateral basis,” added Medvedev.

“In this new era of Russia-African cooperation, the Government of the Russian Federation will do everything in our power to make our partnership a success”.

He stated that globalisation had shifted growth to developing countries, making Africa a more important partner for Russia, adding that Africa could tap into Russia’s decades-old business and industrial expertise to boost domestic capacity and exploit opportunities.

In his own address, Prof. Benedict Oramah, President of Afreximbank, called on partners from all corners of the world who shared the vision of a progressive African continent and of Afreximbank to “join forces with us to push forward a new agenda for Africa”.

“The Russian Federation represents one of such partners that Africa looks up to,” said President Oramah.

Russia could be a source of investment goods that Africa needed to develop its infrastructure and could transfer critical technology in digitization and in mining and processing of raw materials. It could also be a source of non-debt creating investments in key areas, such as rail, aviation, healthcare, and petrochemicals.

“The traditional international relationships of the African continent are changing rapidly as we forge ever closer links with emerging partners who are eager to assist the economic development of Africa through sectoral and infrastructure investments across the continent and embrace ever stronger trading links,” he said.

“Russia, in particular, is forging a new relationship with Africa, as are other South-South emerging partners, which, in tandem with the African Continental Free Trade Agreement, gives me great confidence that Africa is well positioned to ride this era of global trade tensions that threaten to damage other continental economies.”

He said that “A resurgent Africa is on a transformative journey of industrialisation and diversification to ensure that we are not over-dependent on our commodities and vast reserves of natural resources.

“We are heralding a new era of intra-African trade and global trade and investment relationships which will overturn the historic constraints curtailing the past growth and development of Africa’s economies”.

Closer links between Africa and Russia are evidenced by the partnership between Afreximbank and the Russian Export Centre, agreed in December 2017, which established a successful Africa-Russia institutional platform.

That platform is already delivering on its promise with such successes as the provision of vital fertilizer to Zambia and Zimbabwe, the implementation of mining projects with added-value processing capacity in Sierra Leone, participation in Africa’s rail infrastructure and the establishment of petrochemical plants in Angola and Nigeria.

Amb. Albert Muchanga, Commissioner for Trade and Industry of the African Union Commission, delivered a goodwill message on behalf of the Chairman of the Commission.