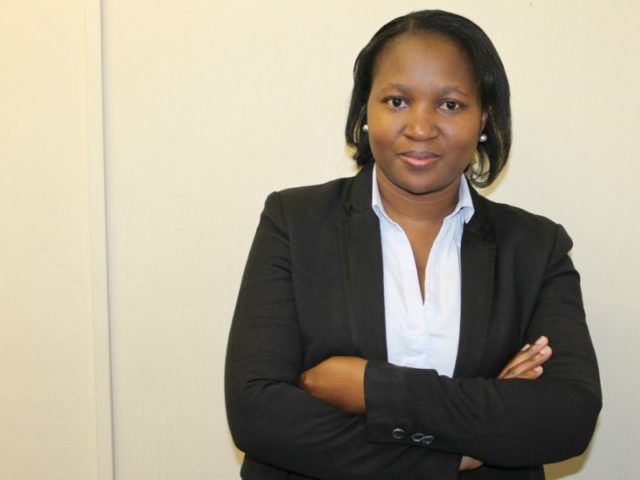 Her journey to the top has been challenging, but can now been seen a beacon of light for younger generations who choose to follow in her footsteps.

Shirindza grew up in the 1980’s in the small mining town of Phalaborwa in Limpopo, where she was exposed to the realities of mining.

She saw the benefits of the mining industry— job creation, economic development, and innovation— but also the many challenges the industry carried with it, particularly noting the low level of women participation.

“The things I saw intrigued me to understand why so few women were entering the industry,” she says.

“Today we are now seeing more women coming into the industry at all levels and across all functions, not just administration and office work like in the past.

“In fact, women are now working underground as miners, artisans and engineers. However, we are still at the early stages, and the culture of the industry needs to reflect that there is no such thing as a man’s job”.

For Shirindza, transformation of the industry is more than just about achieving gender parity in the sector but also about ensuring that those already in it, are not left behind as the industry evolves.

This entails supporting and upskilling new and veteran employees as the sector faces a major shift toward digitalisation and the adoption of other newer technologies.

“We are challenging our systems and making use of technology to drive efficiencies. For this reason, we need to take all our employees along the journey, training them on every piece of new technology.”

At a young age, she vowed to join the industry and lead the change she wanted to see, particularly in the areas of safety and gender diversity, as she had witnessed, first hand, gender discrimination and the dangers and harmful health impacts of mining on the community in which she lived.

She matriculated at the age of 16, and, went on to study Mining Engineering at the University of the Witwatersrand.

“There were other young women in my course, but not as many, and even fewer when I started my training in mining in 2000,” she says.

Recalling her experience in the early days in mining, she says women did not even have their own change rooms and had to use bathrooms instead. Furthermore, finding underground protective clothing that fit properly like the overalls, boots, and gloves was a mission as none of this gear had been designed to cater for women.

Shirindza started working as a miner at Anglo American’s Goedhoop coal fields in Witbank, responsible for a production section and a team of operators.

She progressed through the ranks, gaining experience in underground and opencast operations across the production, mine planning and projects disciplines to become head of department for technical services; where she was responsible for life of mine planning, strategic reserve acquisitions and co-ordinating short to long term execution of mine plans.

Then in 2013, Shirindza joined Sasol Mining as Business Planning Manager overseeing the co-ordination and integration of mining services.

She was promoted to Mine Manager two years later in 2015, and in 2017, she was appointed as Vice President of Sasol Mining: Supply Chain.

In December 2019, Shirindza took over the reins at the Bosjesspruit Colliery in Secunda, Mpumalanga as General Manager, making her the only woman at Sasol Mining to hold this position and among only a handful in the country.

Among her accomplishments since joining Sasol, in terms of blazing the trail for other women and helping to make the sector accessible, includes being part of the Sasol Women in Mining Forum.

She serves here as its sponsor, culture ambassador coach and mentor to young women even across the organisation’s various operations.

On what her most common advice is to women, Shirindza says it is that they must believe in their competencies.

“I advise women that they might have different personal needs and challenges to men, but they have the same competencies.” She also emphasises the importance of professionalism and of women not compromising who they are.

With growing concerns about energy security and the environmental impact of heavy industry, the mining sector is changing across social, economic and technological spheres.

“Mining in South Africa isn’t going anywhere soon, but it needs to become cleaner, more efficient and sustainable,” she adds.

“We need brilliant young minds to come into the industry to help us develop innovative, efficient processes and technologies,” concludes Shirindza.