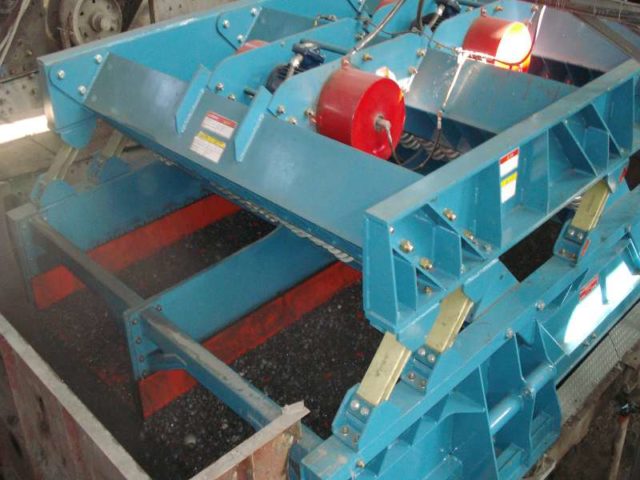 The South African coal industry will benefit from a screening technology that has an array of operating advantages.

These will help improve the overall efficiency and life cycle costs of any coal washing plants.

Vibratory equipment manufacturer General Kinematics has, for the first time, direct access to the local mining sector through its Africa distribution agent IMS Engineering – and together the companies are looking to change the nature of screening in the coal sector primarily, General Kinematics MD DAVIDE GADO tells LAURA CORNISH.

In March 2018, the companies announced their formal partnership and since then IMS – a leader in comminution and sorting technologies and solutions – has spent time familiarising itself with the General Kinematics (GK) screening technology and the benefits it has to offer the African market.

“Our two companies aligned easily on the back of similar values, strong technical capabilities and business ethics and consequently filled the missing product/solution offering within the IMS comminution stable,” says Gado.

Moving forward beyond the first quarter of 2019, IMS is confident of securing its first GK screen order for the coal sector.

“Not only is coal a more buoyant industry at present but it is a market we understand well considering that our installation footprint in Australia and Asia’s coal sectors is significant.

“So it makes obvious sense to pursue this sector as our official entrance in the African mining sector,” Gado adds.

GK’s “unique” offering is its two-mass vibratory technology which refers to a style of vibratory equipment where one mass (an exciter) is used to drive a second mass (the trough).

The drive is mounted on the exciter mass and contains one or more vibratory motors.

The exciter is then connected to the trough a combination of reactor springs.

Combining the two masses and the springs creates a responsive sub-resonant system which positively responds to changes in load without the dampening effect under load that is typical of traditional direct-force technology.

As a result of this well tried and tested design, the GK screen hosts multiple benefits to the user.

“A GK screen of similar size to a traditional screen, installed within an existing footprint, can process up to 30% more material with at least the same efficiency or even higher,” explains Gado.

“This is extremely valuable to the South African coal industry where most installations are old and operating beyond their capacity limits which often results in reduced machine lifespan, lower screening efficiency and increased maintenance costs.”

“In certain applications, our energy consumption is even less,” he notes.

“These are promises we have delivered to clients on many occasions who have confirmed such benefits on public platforms.”

For example, one of GK’s Australia-based coal clients delivered a technical paper in 2018 outlining and confirming these benefits, and more, after installing a two-mass screen on site.

GK replaced a 4.2 m wide (brute force) screen with a 3.6 m wide two-mass screen which, despite its smaller size, has increased the client’s throughput capacity by 30% – while consuming less power as well.

And because the GK screens provide a very constant stroke along the whole machine, the material handled is homogenously ‘shuffels’ from the deck instead of sliding, improving screening efficiency and at the same time safeguarding the screen panels.

The same client is consuming considerably less panels than what is traditionally expected from a vibratory screen.

Structurally, the GK screen is also very sound – the body is lower than a brute force screen and it rarely suffers damage as all machine forces are distributed along the width and length of the machine, eliminating potential stress points.

Finally, the combination of the advantages Gado outlines naturally results in less maintenance requirements. There are no bearings which means there is no need for realignment of the drive shaft or exciters. The replacement of a vibratory motor or a spring is the extent of damage that may occur, besides the scheduled replacement of screen panels.

It is important to note that although the cost of a GK screen is higher than traditional screens, the operating costs and payback period is so significant that, with time, its financial benefits outweigh upfront costs.

While the primary focus is building an installed base of GK screens in South Africa’s coal industry, the longer-term plan is to reduce the cost and turnaround time for delivering new machines by fabricating locally.

“Our machines need to be built to certain standards to ensure they operate as designed and we will ensure we source the correct partners and parts availability before taking this step, however it is on the agenda,” Gado notes.

For now, machines will be manufactured at GK’s selected facilities in USA, Europe and Asia. IMS is also fully equipped to support the products thanks to fully GK trained in-house technical experts and a full spare parts stock holding.

It is also equipped to test the GK screens at its premises in Isando, Johannesburg.

The GK product lines will also benefit from IMS’s new remote monitoring system I-MOST: Integrated Monitoring Optimisation & Support Technologies. It has been introduced across all of IMS’s sister companies across the globe and is designed to help ensure optimal performance from its equipment.

The system generates simple, clean, graphical automated reports daily/weekly/monthly as required and this data is used to provide insight into: