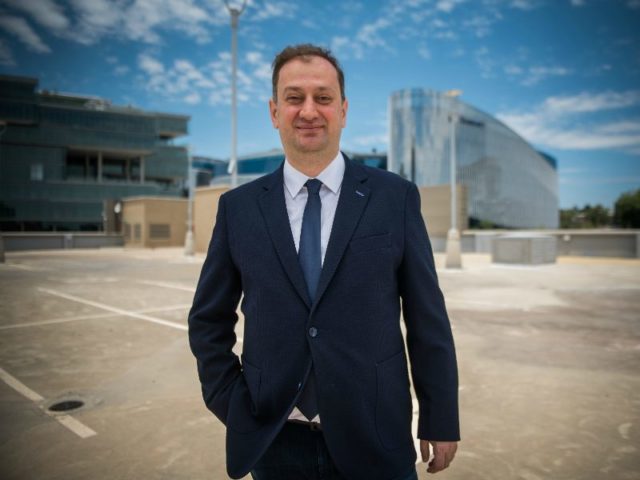 Vuslat Bayoglu, the MD of mining investment company Menar, has stressed the importance of reinvestment of income from existing operations to fund growth in light of the reluctance of South African commercial banks to fund coal-related investments.

Bayoglu was among the speakers at a Coal Symposium held in the coal mining town of Middleburg in Mpumalanga.

The gathering, attended by representative of coal mining and related industries, discussed the importance of mining to the South African economy.

He shared his personal experiences of growing his company from a single operation to seven and several other pipe-line projects that will result in 20-Mtpa production by second half of 2020.

This growth in 12 years has been made possible, he said, by continuous reinvestment of proceeds – a strategy he follows as the business grows through green-field projects and acquisitions.

The latest green field project to be completed is Khanye, a comprehensive colliery that produces 200 000 tpm in Bronkhorstspruit Colliery, which falls under Canyon Coal, boasts a processing plant and a recently completed rail siding.

The result of about R600 million worth of investment, the mine was opened by Mineral Resources and Energy Minister Gwede Mantashe in November 2018.

“Khanye was built from our cash reserves. We believe in reinvesting money back into the business. This is good because banks do not want to fund coal,” he said.

In terms of acquisitions of existing operations, Bayoglu cited Zululand Anthracite Colliery, an underground operation Menar purchased from Rio Tinto in 2016 and turned around into a sustainable business.

He had to live at the mine for four months while working on the turnaround plan. ZAC has done so well that it was now close to declaring a dividend in which workers and the community, who have a 13% stake each, stand to benefit for the first time as shareholders.

“It took a lot of hard work to turn around ZAC,” said Bayoglu, who referred to the culture changes and management changes that had to be instituted to boost morale of workers and instil confidence of the community in the mine.

Bayoglu stated that visible felt leadership, creating open and clear lines of communication with all stakeholders, and having good and reliable partners, were among the key reasons for the groups success to date. Menar assets produce 7.5 million tons a year of run-of-mine (ROM).

Bayoglu also touched on the historical and global significance of coal.

The invention of steam engine and all the benefits that flowed from it including the industrial revolutions which benefited the modern world powers of Europe and United States, undeniably came from the coal and its beneficiation for use in power generation and steel manufacturing.

Bayoglu pointed that coal mining played a fundamental role in bringing about peace and stability to post-World War 2 Europe by providing stable power and being the key ingredient for European Coal and Steel Community, precursor to the European Union.

“Coal has a long and illustrious history of providing energy stability, and is anticipated to play a key role in the global energy mix for many generations to come according to energy analysts.

“This is supported by the fact that there are currently 1 600 coal plants that are planned or under construction in 62 countries worldwide. These new plants would expand the world’s coal-fired power capacity by 43%,” he highlighted.

Bayoglu noted that these power plants were being established, or are being planned to be established by countries, who have signed the Paris Climate Agreement, which seeks to reduce carbon emissions.

“We are not denying the climate change effect of coal, but you cannot just shut down the mines and Eskom power stations. You can make it cleaner.”

Listen to our webinar: Webinar recording: Renewables vs. Coal

Furthermore, he pointed out that Eskom is reliant on coal as baseload and therefore, it is crucial that coal mines continue to supply the power utility with good quality, cost effective coal and not to make huge profits at the utility’s expense.

“If you are selling coal to Eskom at a high price and you are proud of it, then there is something wrong with you,” he said, referring to the importance of Eskom in the South African economy.

He said coal was important for job creation.

“Over 700 000 South Africans are directly and indirectly employed by the coal mining industry. Who will provide these 700 000 people jobs if the sector collapses?

“We need to support the livelihoods and stability of South Africa by securing the future of this vitally important sector,” Bayoglu stated.