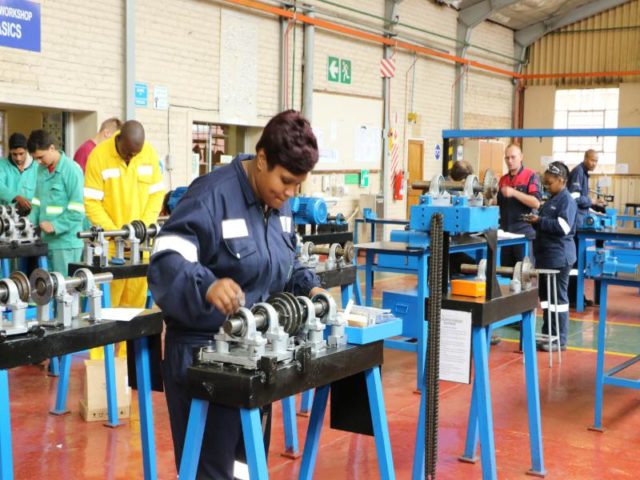 There has been much talk about teaching Fourth Industrial Revolution (4IR) skills to mining students at a tertiary level. But what is industry itself doing to teach and upskill those who are already employed at mines?

GERARD PETER spoke to JOHAN VENTER of the Colliery Training College (CTC) to find out more about implementing these skills in the coal sector, and across industry in general.

CTC was founded in 1964 and started off with training artisans and miners in the coal sector.

However, in the late 1990s, the college decided to focus on all sectors as the demand for skilled artisans and miners grew. CTC is situated in Emalahleni and is equipped with modern facilities and equipment for the training of engineering, mining and mineral beneficiation skills.

The college has capacity for 760 engineering students and another 250 for mining and mineral beneficiation. Coal mining training is done at CTC’s training section at Greenside colliery. Students are sponsored by the mining companies themselves.

“We train miners in open cast and underground coal mining,” adds Venter. During the basic training, all students complete the core, fundamental and specific modules, which at a later stage branch into Blasting Certificate Qualifications, Continuous Miner Qualifications and Longwall Mining Qualifications.

However, Venter and his team realised that the training offered was not equipping CTC students with the skills needed to be remain employable in 4IR. “As we are employer controlled, they have given us the mandate to implement the course and have given us the funding to buy equipment and start rolling out Artisan 4.0.”

CTC is the first training college in South Africa to introduce 4IR skills training. “The Internet of Things is the backbone of the 4IR,” states Venter. “They will need skills such as setting up networks and configuring wireless and smart devices in the modern mine. The current curriculum training doesn’t cover these skills so Artisan 4.0 intends to teach our students these skills.”

The duration of the normal curriculum artisan training course covers three phases over 27 months. Students are first enrolled into the basic phase followed by the advanced and final phases.

Venter explains that by sending their employees on the course, not only are companies upskilling their workers but they are also helping themselves achieve the objectives of their own social and labour plans.

Venter is hoping that Artisan 4.0 will not only train new artisans but will also upskill already qualified artisans. To that end, CTC will soon be introducing some free online content of the course which will be open for anyone wishing to learn basic digital, 4IR compatible skills.