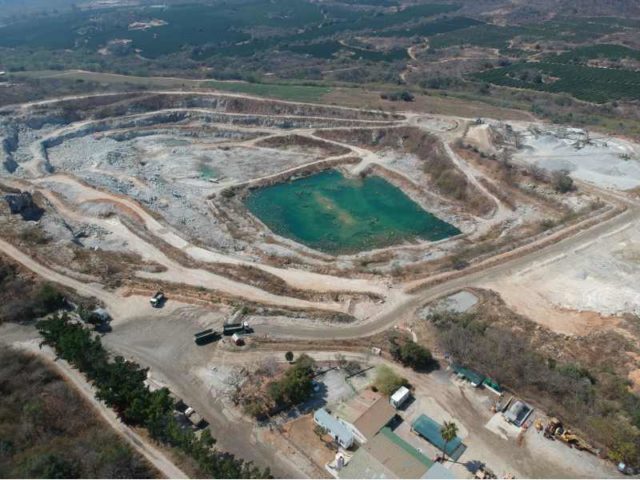 Best practices in health and safety are not competitive advantages and should be shared cross the mining industry wherever it can lead to improvements and prevent injuries and sickness on our mines.

This is according to Nico Pienaar, director of surface mining association, ASPASA, who adds that one of the most urgent safety matters facing miners today is that of traffic management.

In this regard, a lot of work has recently been undertaken by member company, Lafarge Mining South Africa’s Anthony Bowen, who is the aggregates quarry manager for the company’s Karino Quarry, Nelspruit.

He says the task of implementing a fully functional traffic management plan is not only a legal requirement in terms of the Mine Health and Safety Act 29 of 1996 (MHSA) but is an extremely useful management tool on any surface mining operation.

Although the task initially appears to be daunting and extremely difficult to implement, a bit of thought and a commitment to the safety of the individual site makes this seemingly difficult task relatively easy to complete.

“For the purposes of this article a real-life case study is used and the positive and negative aspects of the plan will be highlighted. The operation is a medium size hard rock quarry producing approximately 300 000 tons of aggregate per annum.

“Traffic management is an all-encompassing plan which has to regulate and control the vehicular and pedestrian traffic on site with the aim of eliminating interaction between vehicles and pedestrians as well as limiting the vehicle to vehicle interaction.

“The process was started by doing a comprehensive risk assessment in order to comply with the MHSA and secondly to identify the various areas where significant risk was identified. This process cannot be over emphasised as it is the key to the successful implementation of the plan.

“It is of utmost importance to ensure that in depth consultations are done with the staff and that an environment is created where all participants are able to freely express their opinions and concerns about traffic management. The success or failure of the plan will depend on the “buy in” by people who are involved in the day to day operations on site.

“One of the challenges raised by site management is the lack of resources and a common response is “we don’t have the money to do this”.

While this may be a valid issue the case study revealed that this was not a major obstacle in the implementation of the plan. The material that was used was sourced from waste material and other available sources which most quarries have access to.

The use of overburden for the separation berms will give the operation an added benefit in that it will be available for rehabilitation once the operations reach closure.

The use of a front-end loader for limited periods daily enabled the berms to be installed with relative ease and at a very low cost. This did not impact on the production and shipping functions of the operation and was only done in quiet periods or after hours.

“It was important for the planners to observe the operators and where possible to accompany them while they were busy with the daily tasks. This gives them a hands-on approach and they will be able to use actual observations when designing the routes and flow of traffic.

“It is important to make it as easy as possible for the operators to comply with the plan as this ensures that the fleet maintains compliance to the plan.

A difficult plan has an increased chance of failure whereas a workable plan is easier to implement and achieve the very important “buy in” from site staff.

The challenges that were faced by the implementation team were as follows:

“As a result, the site embarked on a training program where all staff were shown how the plan would be implemented and the benefits that it would bring to the safety of all people on site.

“This was followed up by the implementation of the plan which was done over a period. The advantage of this was that staff were able to adjust to the changes and they soon realised what the benefits of the traffic management plan were.

“External truckers were and continue to be trained when they get to site and they are directed to the correct areas to be loaded and weighed. The signage on site must be clear to avoid confusion and misunderstanding.

“Compliance by the external truckers took some time to achieve however the number of non – compliance incidents continued to reduce and are uncommon. The drivers were willing to cooperate and soon became used to the system.

“The loading times on the site were reduced and the congestion around the various stockpiles was eliminated. One of the major advantages of this was that the Front-End Loaders are now able to move between stockpiles without having major congestion and thereby reducing the amount of interaction between trucks and machines. This is one of the goals of traffic management.”

“Site productivity increased and the risk of collisions has been reduced. The management of all equipment on site is easier and the “feel safe” environment has made contributed to the staff being more productive and safer.

“Traffic management planning is a compulsory component of any operational surface mine and it is important to implement to ensure that the operation is able to continue operating within the requirement of the MHSA.