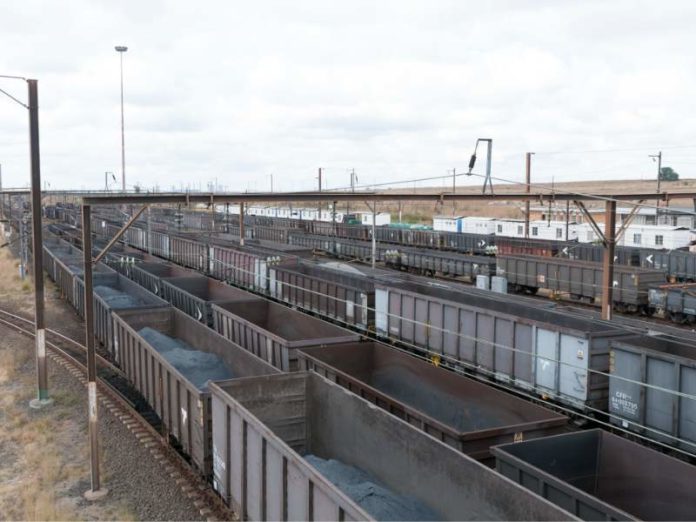 Transnet is undertaking a number of projects aimed at expanding its freight logistics rail infrastructure network to meet customer demand.

While investing in its future, the state-owned enterprise is at the same time contending with operational and governance challenges which it must confront if it hopes to put this chapter behind it and take advantage of the willingness of the country’s mining sector in doing business with it.

Critical in Transnet’s future success is fixing its foundation and building a solid operating model on which to build, says acting group CEOTau Morwe.

Speaking at the Investing in African Mining Indaba in February, Morwe explained that Transnet is currently working on a revised “fit for purpose” operational model by focusing on efficiencies and a more redefined focus on customers.

Transnet also believes that the adoption of new technology such as automation, artificial intelligence, robotics, internet of things, data analytic and predictive operation will take its heavy haul service offering “from good to great.”

With this technology deployment we will be able to improve operational efficiency, customer experience, safety and energy efficiency while also lower the logistics cost, says Morwe.

In addition to the adoption of technology as a means to grow its business, Transnet understands the need to increase the capacity of its heavy haul system to satisfy current and future customer demand.

“Within the next 10 -15 years, the South African heavy haul system has the potential to grow by 111% – ­from 2 103 km to 4 438 km. The expansion projects will unlock the Waterberg and Botswana coal reserves, and promote manganese export,” says Morwe.

In doing so, Transnet is underway with a number of capacity creation projects for manganese and coal.

Transnet has embarked on a programme to sustain and create rail infrastructure capacity to unlock the Waterberg, Limpopo and Mpumalanga coal reserves for Eskom power stations, domestic and industrial users and export markets.

The South African manganese industry is experiencing strong export demand – currently in excess of 17 Mtpa, and its productive capacity is forecast at over 24 Mtpa by 2024/25.

Given the quality of reserves, South Africa’s manganese industry is positioned to capitalise on the projected growth in the manganese sector if the current logistics constraints are addressed.

As a means to help customers capitalise on projected growth, Transnet is creating 16 Mtpa of additional export capacity in line with the growing industry demand and is also increasing rail capacity by 1 Mtpa by running longer 375-wagon manganese trains (compared with current 312-wagon trains) from Sishen to Saldanha. The first 375-wagon train is expected to run in March 2019.

Transnet is also in the feasibility stage of installing a third tippler in Saldanha. The strategic objective of this is the creation of replacement throughput capacity.

Saldanha needs to maintain its current capacity level of 60 Mtpa and two functional tipplers are essential for this purpose.

The capacity created from the implementation of a third tippler will enable the terminal to execute much-needed refurbishment of Tippler 2 (expected to be complete in 2020).

Despite this growth, there has been no growth from the general freight business (GFB), namely coal and magnetite, says Morwe, which has prompted Transnet to apply the already proven successes of the heavy haul industry in non-heavy haul operations, such as Transnet’s GFB operations as a means to unlock future growth.

Speaking to Morwe on the sidelines of the Investing in African Mining Indaba conference, he said that Transnet has spent over R42 billion on its rail infrastructure over the past decade, but the condition of the network is worse now than it was 10 years ago.

When asked how Transnet will overcome this moving forward, Morwe said that it has relooked its operation model and is implementing a new, fit-for-purpose operating model aimed at ensuring Transnet’s sustainability and looking after customer needs, as a key first step to ensure that it can overcome its operational and financial difficulties. Relooking the skills sets of its current employees, he said, is also a critical first step in addressing these operational constraints and delivering on customer requirements – which all currently require additional capacity.

Transnet’s chief customer officer, Mike Fanucchi said that the need for increased capacity from customers was encouraging, as this has not always been the narrative.

“Our biggest challenge at the moment is delivering on our customer’s weekly demands. This is an area of focus and an area of opportunity for us,” said Fanucchi.