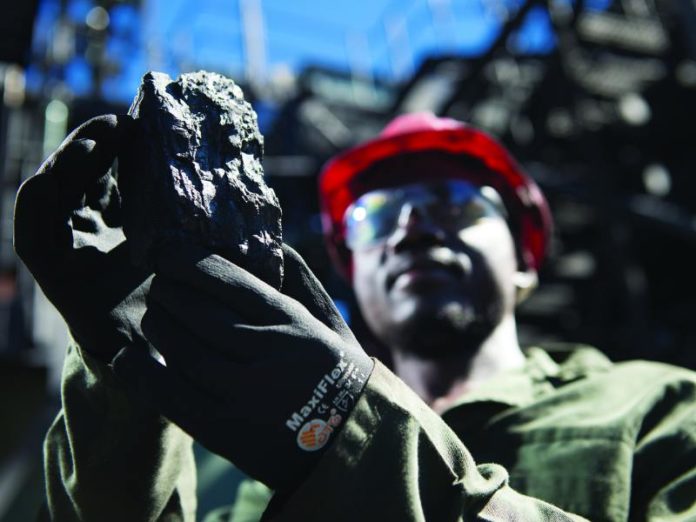 Coal mining and distribution group Wescoal will move forward through 2019 and beyond with not only a new CEO – but a reconstituted board as well.

Reginald Lavhelesani Demana, a mining and resources specialist, has been appointed as the Group

CEO, effective from 1 April 2019. He has more than 20 years’ working experience, with the latter 14 years at the forefront of investment banking at Nedbank, focussing on mining advisory.

During this time, he played a leading role in numerous major transformational transactions in the sector.

He has consulted on landmark transactions in the mining and resources sector, spanning various commodities including coal, PGMs and gold.

Over the past five years, Demana has acted as a lead corporate advisor to Wescoal, giving him a keen insight into the company and its operations.

Some of the notable transactions he has advised Wescoal on include the acquisition of Keaton Energy, a BEE transaction which saw the company becoming majority black-owned and various capital raising transactions.

Recently, he has also been involved in the company’s participation, along with Ata Resources Coal Investments, in the proposed acquisition by the consortium of the entire issued share capital of Universal Coal, as well as various other significant transactions presently under consideration.

The board believes that, given his background and lead advisor role to Wescoal over the years, Demana will transition into the role of Group CEO quickly and that he will continue to implement the company’s growth strategy currently in place.

As part of the transition, the acting CEO Dr HLM Mathe will hand over executive responsibilities during the month of April 2019, and thereafter continue to work closely with Demana and executive management until 30 June 2019 in order to assist with the finalisation of the integration of all the Group’s businesses into an efficient operating structure.

The appointments are in line with the board’s commitment to revitalise, bolster and renew the skills set and capacity for oversight, independence and leadership which the board provides to the organisation.

Siyotula is the former CEO of Thebe Capital and is well-recognised in industry as a result of various South African and Africa-coveted business awards.

has completed numerous management and executive programmes locally and abroad, including at the Darden Business School of the University of Virginia.

He has had extensive exposure to the international investment community and financial institutions. Van Wijngaarden  has served as non-executive chairman of the United Kingdom registered Baobab Resources, and executive director, COO and Deputy CE at Arcelor Mittal South Africa.

He was the IDC-appointed chairman of Duferco Steel Processing, a joint venture company between the IDC and Swiss-based Duferco Group.

The Board has elected Dr Mathe as the incoming chairman of the Wescoal board, effective

1 July 2019, in order to rotate the chairmanship. The current chairman, Muthanyi Robinson Ramaite, will step down but will continue to serve on the board as a non-executive director.

He has served in the role of chairman for just over 10 years, and during his tenure initiated a complete transformation of the Group.

Commitment of the controlling shareholder to the Group

In implementing its growth strategy and ensuring Wescoal’s commitment to remain a black-controlled mining champion, the company’s major shareholder, K2016316243 (South Africa) (RF) Proprietary Limited (BEE SPV), remains invested in Wescoal as its anchor shareholder and will continue to support the various growth initiatives underway at the company.

The shareholders in BEE SPV significantly increased their interest in Wescoal prior to the company’s acquisition of Keaton and have reaffirmed their trust in the board to drive Wescoal’s growth further.