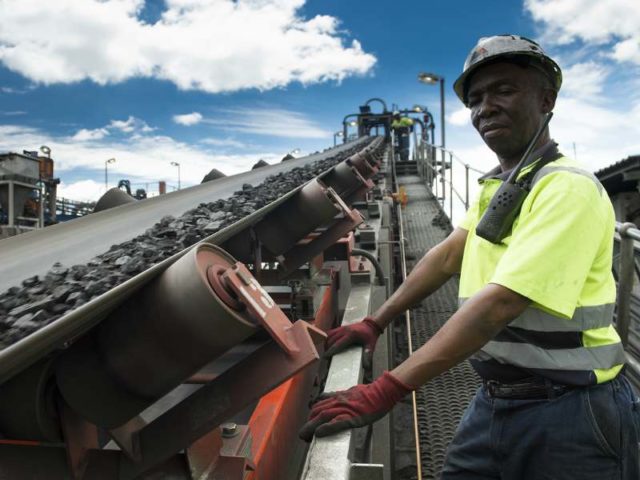 Wescoal has appointed Enos Lentsoane as the executive head of commercial and investments effective 1 May 2019. Lentsoane has over 12 years’ investment banking experience, with the latter six years focusing on mining advisory at Nedbank’s Corporate and Investment Banking division  and Cinga Capital.

During his time at Nedbank, Lentsoane advised Wescoal on a number of transactions including among others, the black economic empowerment (BEE) transaction that saw the company becoming majority black-owned, the acquisition of Keaton Energy and various capital raising transactions.

Lentsoane will be responsible for identifying potential acquisitions, partnerships and investments that align with strategic growth initiatives of the company.

Moreover, Wescoal has appointed mining executive, Zanele Sibisi as the COO of Mining, also effective 1 May 2019.

Sibisi will be responsible for the management and leadership of Wescoal Mining’s three operating mines, Elandspruit, Vanggatfontein and Khanyisa to driveoperational stability and efficiency. It is envisaged that she will also be responsible for more mining operations in the future, as projects such as Arnot mine and Moabsvelden are transitioned from project development to operations.

Sibisi comes with over 18 years of coal mining experience in both underground and opencast operations, with the last 10 years of her career at South32, in the South Africa coal division, where she occupied various key managerial and operational roles. Prior to that she also held leadership roles at Anglo American Coal South Africa where she moved through

the ranks and left as a mine manager in 2008 in one of the underground operations.

Wescoal’s continued strategic drive for growth has seen much activity and management time invested during 2019.

The most significant growth project was the offer to acquire Universal Coal which, after an extensive process, was rejected due to another offer being considered by the board of Universal Coal.

Projects concluded under corporate activity during the year include the disposal of non-core assets, Intibane Colliery and Leeuwbraakfontein Colliery, and significantly the acquisition of Arnot mine and the Khanyisa Triangle operation.

A number of projects in progress hold potential for significant value enhancement and include development of Moabsvelden project and Vanggatfontein extension.

On 28 February 2019, Wescoal acquired a 50% indirect interest in the Arnot mine subject to certain suspensive conditions. The Arnot Mine is expected to be around a 2 Mtpa asset when mining activity resumes.

On 1 May 2019, the Department of Mineral Resources announced the granting of consent (Section 11 approval) to proceed with the Arnot mine acquisition, subject to remaining approvals by the competition authorities and Eskom.

The agreement to partner with surrounding communities and erstwhile employees of Exxaro Coal Mpumalanga, who were previously retrenched at Arnot mine in December 2015, is a first of its kind in South Africa as a broad-based BEE transaction which not only secures employment for such previously retrenched employees but also provides employees and affected communities around the Arnot mine with equity participation, as outlined in the 2018 Mining Charter III.

Acquired through the Keaton acquisition, Moabsvelden is adjacent to Vanggatfontein mine, 16 km southeast of Delmas. With a 47.8 Mt resource, Moabsvelden has the potential to be developed into a 1.5 – 2 Mtpa ROM operation with coal washing and processing at

Vanggatfontein mine, or to be sold directly as a crush-and-screen ROM product.

Wescoal is currently negotiating with potential customers, including Eskom, for coal offtake and/or supply agreements.

The asset is fully permitted and the mine development plan is an opencast project with the aim of producing first coal during the second half of this calendar year.

Wescoal remains focused on its strategy for long term sustainable growth, to be achieved in a measured and responsibly managed way. The company’s immediate priorities are to resume normalised production at Vanggatfontein, to progress the extension project at Vanggatfontein and the development of the Moabsvelden project, which form part of the plan to optimise the Keaton asset base.

Wescoal continues to evaluate various inorganic growth opportunities in the market on a case-by-case basis. However, no imminent announcement should be expected in this regard.