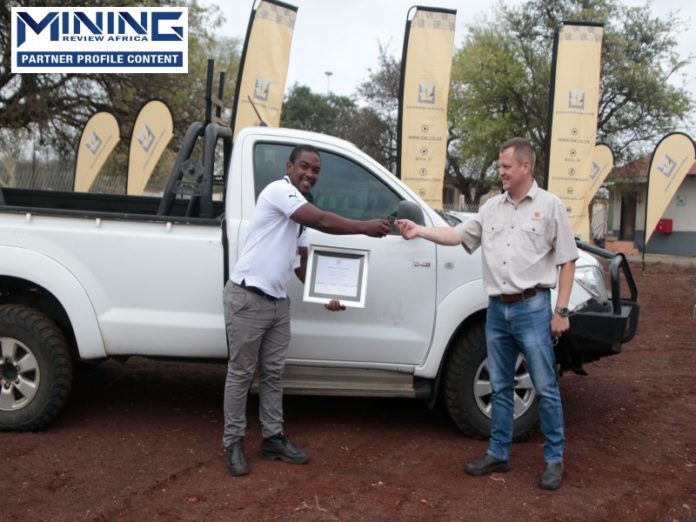 In May 2021, Prince Khumalo of Emhlophe Investment and Trading approached Zululand Anthracite Colliery (ZAC) for assistance to improve his company’s performance. At the time Emhlophe was a small fencing contractor for ZAC. He outlined the company’s challenges including insufficient capacity tto transport materials.

Khumalo explained that any potential profit was going to pay a third parties to transport his material to sites. ZAC then offered Khumalo a Toyota Hilux which had become redundant to its fleet. In exchange for the vehicle, the company offered, to clean up the old B level area at ZAC.

The task of cleaning the area entailed the removal of 57 kimbos, 3 brick toilet blocks, a wash bay and the rehabilitation of the old swimming pool. Khumalo completed this work in two and a half months, of his own time, to achieve the requirements given to him by ZAC.

“Khumalo has worked tirelessly and often took on other work to assist ZAC, for example, often repairing fences that had been damaged by would-be intruders seeking to gain access to the ZAC property. Khumalo’s dedication, management and supervision has resulted in a successful project being completed safely and professionally, and deserves the recognition and success that come his way,” stated Menar COO, Anthracite Bradley Hammond.