TSX-listed Ivanhoe Mines’ Kamoa-Kakula copper project in the Democratic Republic of Congo is less than nine months to first production.

Mining crews produced a combined 194 000 tonnes of ore in October from the Kakula and Kansoko mines, which was 48% higher than achieved in September. The project’s pre-production surface stockpiles now contain approximately one million tonnes of high-grade and medium-grade ore at an estimated grade of 3.47% copper.

In search of more potential

Overall progress of Kamoa-Kakula’s first-phase, 3.8 Mtpa mining and milling operation (covering mine infrastructure, concentrator plant and surface infrastructure) now is approximately 58% complete, up from 52% in September.

Construction of the project’s first-phase 3.8 Mtpa concentrator plant is advancing rapidly and now is approximately 28% complete. The concentrator is expected to be mechanically complete in Q2 2021, with first copper concentrate production scheduled for July 2021.

In addition, the company is also exploring for new copper discoveries on its wholly-owned Western Foreland exploration licences, adjacent to the Kamoa-Kakula mining licence. 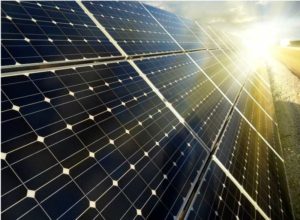