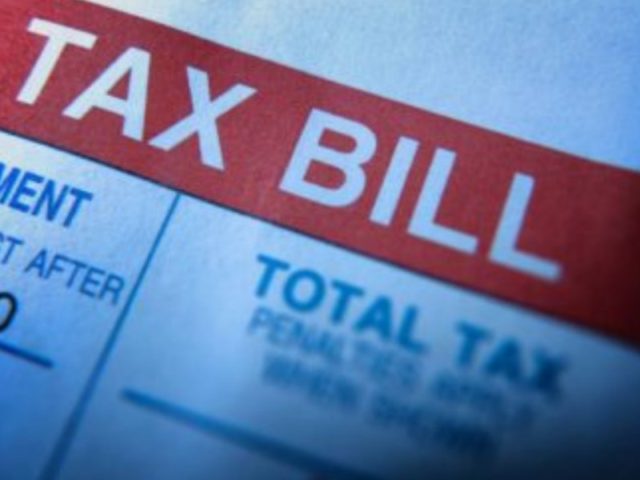 There has been vigorous debate about Zambia’s proposed migration from the Value Added Tax (VAT) system to a Sales Tax since it was first announced in September 2018.

The private sector has since voiced many serious concerns about the change.

What has been the problem with VAT to date, and why has there been such an issue with paying VAT refunds?

The principles of the VAT system in Zambia are, of course, exactly the same as those that pertain elsewhere in the world. Because of the way the tax works, the payment of tax refunds is an integral part of a VAT regime.

The biggest problem has been that funds from which the refunds that are due can be paid have not been ring-fenced.

Whatever VAT gets into the kitty is like a profit, and tends to be consumed.

When it comes to the obligation to pay VAT refunds, there is no other revenue source, unless government just goes straight to the Treasury. When these refunds accumulate for such a long time, the amounts become atrocious.

At the moment, we’re talking about approximately $1.5 billion collectively owed just to the mining sector in terms of VAT refunds.

We hear a lot about the mining sector for the simple reason that, firstly, they are the biggest taxpayers in Zambia — and so, in terms of refunds, they are owed proportionately much more than companies in other sectors.

Secondly, because they’re such a prime player in the Zambian economy, the amounts that are due to them will have a ripple effect across the economy.

What are the reasons for the postponement of a Sales Tax since January 2019?

The decision to migrate from VAT to Sales Tax was made in September last year. When 1 April 2019 came, there had been very little preparation, so it was pushed to 1 July. Then, there was the change of Finance Minister, and it was pushed to September.

However, the new Minister has now said that the 2019 tax regime — which includes the migration from VAT to Sales Tax — will be opened up for discussion with the private sector and all stakeholders, and it may now only come into force on 1 January 2020. So, the debate is still raging.

I think it’s important to understand what the main motivator is for abandoning the VAT that we adopted 25 years ago: It is all about how these VAT refunds to the mines can be mitigated.

There’s no economic reason whatsoever why we should migrate to Sales Tax.

What challenges does VAT pose?

VAT does have some complexities, and one of them is paying refunds. But refunds themselves are not the problem; the problem is how they have been managed.

Apart from the challenges with refunds, there are hardly any arguments that are convincing to experts as to why government should migrate to the proposed Sales Tax.

In fact, the last Minister of Finance came out openly and linked the migration to avoiding the refunding of VAT.

What challenges are associated with a Sales Tax?

There’s no economic reason whatsoever why we should migrate to Sales Tax.

One of the challenges with a Sales Tax is the cascading [or compounding] effect. You have a situation where, at every point in the chain, you see the same percentage being added as a Sales Tax — either 16% or 9%, for imports or locally produced goods, over and over again.

The total Sales Tax cost to the mines, for example, could be as high as 37.8%.

Of course, this will push up the cost of production — and this is not only for the mines, but for almost everybody. This means that a number of the taxes that have been brought in will make reinvestment very problematic.

The whole idea of migrating from VAT to Sales Tax, from the government’s standpoint, is that they want to maximise tax collection, and the amount that goes to the Treasury.

But, while the cascading effect of Sales Tax would create a semblance of more money going to the Treasury through tax collection in the short term, by introducing Sales Tax, you are going to discourage investment in the mining sector.

The reason being: the cost of reinvestment becomes higher

Investors come here in order to harvest returns on their investment. So, immediately when the tax regime is not sufficiently attractive, they’d rather move out and go elsewhere — or scale down.

Another terrible thing for the mines is that — if you look at the average mining company now, especially the new ones — the ore grade is very low.

For example, First Quantum Minerals’ Kalumbila mine is an open pit mine, and the copper ore grade is only around 0.5%.

That means that they need to pull hundreds of tonnes out of the ground to get a very tiny fraction of copper.

Also, unfortunately, some old mines are shaft mines and are very inefficient. They are nearing their lifespan.

An unfavourable tax regime means they will bypass the lower grade ore and, once you’ve bypassed it at a certain depth, you can’t go back.

When the tax regime is not favourable, the mines’ production becomes very wasteful. And ore that has been forgone can never be recollected.

Some experts say that VAT’s major weakness is its (necessary) collection mechanism.

This is a problem of mismanagement, in my view. Zambia used to have a Sales Tax system, but we migrated away from it because it’s inferior.

Many countries in the world have moved from Sales Tax to VAT. It’s a more modern way of doing things.

If we had to compare both systems, they both collect [tax]. In certain sectors, as a government, you may collect a little bit more. But you have to look at the incentives — you can’t only focus on collection.

If you negatively impact the goose that’s laying the golden egg, then you end up killing it. And then you discover that, in the medium to long term, you will not collect anything.

A good tax must do two things. Firstly, it must benefit the country that is hosting the investment. These are resources belonging to the country, of course, so there’s no question about whether or not mining companies should be taxed.

In other words, government must grow the pie, rather than trying to squeeze out more from a tiny pie. In the medium to long term, as a government, you must build in a mechanism whereby you do not eat the so-called “seed”, because you want that seed to multiply, so that in future you see an expansion.

What are the most likely consequences of the proposed Sales Tax for the mining industry and the wider economy in Zambia?

Whether or not Sales Tax will be implemented is still being debated, but if it’s passed in January, firstly, there will be a short-term increase in Treasury collections — but there will be a medium- to long-term reduction in tax payments. That, for me, is a given.

The more you focus on maximising tax and the less you pay attention to the incentives that are required to allow mining companies to produce more, the less you support the growth of that sector. And that is really the biggest problem that we have in Zambia at the moment.

Secondly, we will not see significant mining development in terms of expansion. And that would mean — because the tax regime is not good enough — Zambia slowly falling backwards on its projected growth in the mining sector, which is not good.

You are talking about a sector that accounts for more than 70% of export receipts. That will disturb foreign exchange availability, interest rates, and it will disturb the value of the Kwacha.

The mines also are a major employer, both in terms of direct employment and also mine contractors. The manufacturing sector, whether it is linked upstream or downstream, will be impacted too, including suppliers.

All of those areas will be affected negatively if the mining sector dips.

We urgently need to address the issues with Sales Tax because a cough in the mining sector will give everybody in the country the Flu, so to speak.