Gemfields revenue exceeds US$200 for the first time 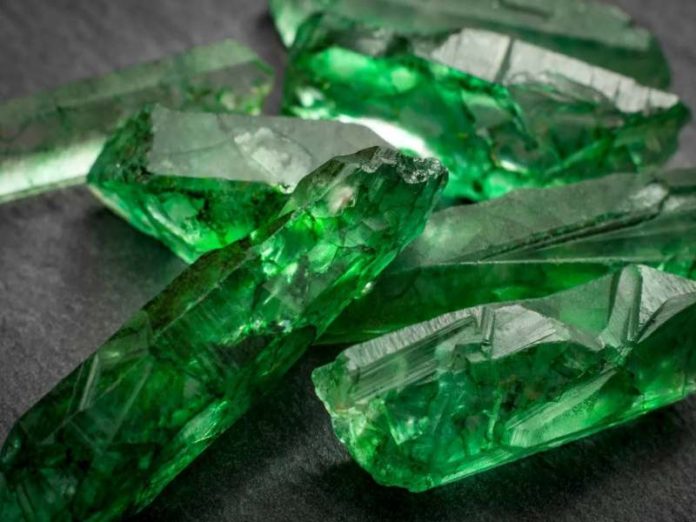 Gemfields, the owner of 75% of Kagem Mining, boosted its group-wide revenue by 5% in 2019, exceeding US$200 million of income from emerald and ruby auctions for the first time.

Total group revenue rose to a record high of US$216.2 million from US$206.1 million in 2018, following six successful auctions of emeralds from Zambia and rubies from Mozambique.

Kagem, which is 25% owned by the Zambian Government through the Industrial Development Corporation (IDC), contributed close to US$80 million of Gemfields’ overall revenue.

The Lufwanyama-based Kagem emerald mine continued its run of robust growth throughout 2019. Total rock handling at Kagem increased to 12.6 million tonnes from 11.9 million tonnes in 2018.

Overall production in 2019 amounted to 36.3 million carats at an average grade of 228 carats per tonne.

Kagem’s largest expense for the year was the 15% export duty imposed throughout 2019 and amounting to US$12.4 million. This additional tax reduced Kagem’s cash balances significantly, quashing capital expenditure planned for expansion projects.

As a result, Kagem’s capital expenditure during 2019 reduced to a US$4.3 million compared with US$11.8 million in 2018, and which was deployed in replacing mining and ancillary equipment as well as infrastructure improvements, said the company.

Gemfields CEO Sean Gilbertson described 2019 as a fruitful year for the wider group when compared with 2018, but added that 2020 would be particularly challenging due to the COVID-19 global pandemic.

He explained that widespread travel and freedom-of-movement restrictions during the outbreak had put gemstone auctions on hold for an unknown period.

In 2019, some 93% of Gemfields’ overall revenues were derived from the six auctions it hosted.

He noted that Kagem’s depleted cash balance – combined with the inability to generate revenue by hosting auctions – would leave the emerald mine reliant on fresh funding from Gemfields for the foreseeable future.

However, the extension of the Kagem emerald mining licence for a further 25 years until April 2045 and the suspension of the 15% export duty for precious coloured gemstones in Zambia, effective from 1 January 2020, were significant positive milestones.

“While there were many positives during 2019 and it was a good year for Gemfields, the new year has already presented notable challenges including the turmoil triggered by COVID-19.

“I would like to thank all of our employees, communities and stakeholders for the vigilance that they have shown in managing these challenges and to reassure them of our ongoing efforts to safeguard their welfare.

“The fallout from COVID-19 will have a material adverse impact on our operating and financial performance in 2020,” he observed.

The Gemfields CEO said that the group was on a sound footing and that, provided gemstone auctions could be resumed within a reasonable timeframe, the challenges presented by the COVID-19 pandemic could be navigated.

He also drew attention to the historic resilience of coloured gemstones during times of market volatility.

Facebook
Twitter
Linkedin
Previous articleThe impact of COVID-19 on the mining sector
Next articleLi-ion demand to grow 10-fold but can supply meet demand?