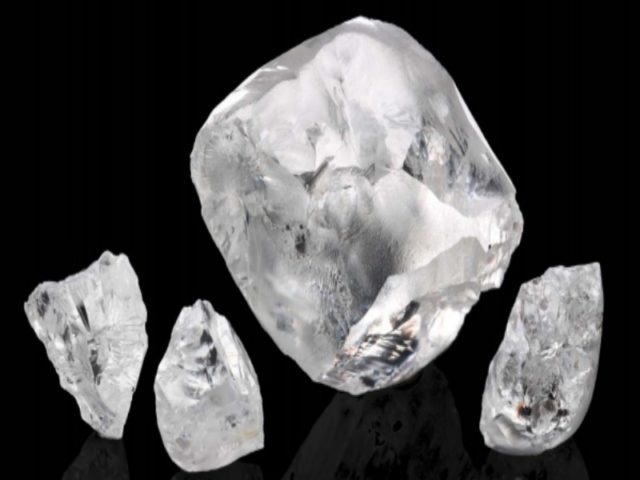 Merlin is home to Australia’s largest mined rough diamond on record, and has the potential to be the only producing diamond mine in Australia following the closure of Argyle in 2020. The Merlin tenements are located in the Northern Territory of Australia, approximately 720 km south-east of Darwin.

The transformational acquisition is highly complementary to Lucapa’s existing portfolio, adding a near-term development opportunity with an existing 4.4m carat mineral resource estimate in Australia that was classified and reported in September 2014 in accordance with the guidelines of the JORC Code to Lucapa’s two existing producing assets in Angola and Lesotho.

The ~300km2 tenement package also comes with significant exploration upside through over 70 unresolved anomalies in areas where all kimberlite discoveries have been diamondiferous.

Of the 11 known kimberlites, eight of the kimberlite pipes were mined by Ashton Diamonds and Rio Tinto between 1999 and 2003, producing over 500 000 carats from 2.2 Mt of kimberlite treated, including the largest diamond ever recovered in Australia, a 104 carat, high-value Type IIa white diamond. The mining lease and Orbit Tenement were sold to Merlin Operations in 2004.

The mining lease contains an existing kimberlite diamond resource containing 27.8Mt at an average grade of ~16 carats per hundred tonnes for 4.4m contained carats. Just under half of the resource –13.4Mt and 2.3m carats – is classified as indicated resource.

Mothae to be the benchmark for Merlin

Included in the acquisition is all existing equipment and assets on the mining lease on an unencumbered basis, including a 2.4 km airstrip, peripheral other logistics and mine infrastructure, a Tomra XRT sorter and various other used items of equipment.

Lucapa has modelled a similar size plant for Merlin to what was first erected at the Mothae mine – a 1.1Mtpa plant. The initial plant design and capital costings have been provided by Consulmet in South Africa, who designed and built the existing 1.1Mtpa Mothae plant and completed the 45% expansion of that plant.

Lucapa MD Stephen Wetherall commented, “This is a strategic acquisition for Lucapa which represents a value-accretive and logical step in the company’s production strategy. The project is well known for being Australia’s large stone producer and is a strong complementary fit with the company’s two existing niche productions in Africa that are set to produce solid returns for Lucapa in 2021.

“The success of the placement element of the capital raising, and the high level of interest received from existing and new institutional investors, demonstrates the quality of our existing assets and the strategic nature of the Merlin diamond project acquisition and our future. We look forward to getting on the ground, completing the work to deliver the various studies and bringing Merlin into production as soon as possible.”