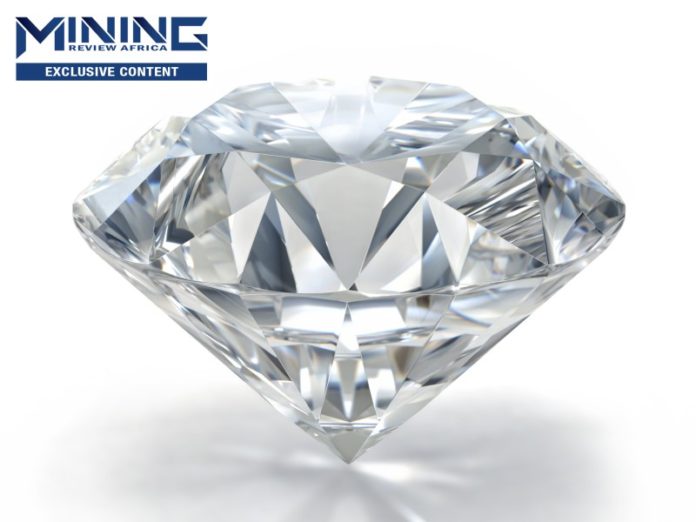 Newfield Resources is Sierra Leone’s new rising star. The company’s flagship Tongo asset will in the early months of 2022 officially start production, representing the conclusion of its construction journey and the start of another – to reach nameplate capacity and thereafter rapidly expand through organic growth, executive director KARL SMITHSON tells LAURA CORNISH.

The Tongo diamond project, which previously belonged to a small, London listed company called Stellar Diamonds of which Smithson was CEO, has travelled a long journey under his direction and leadership. Between the years of 2007 and 2012 exploration was prioritised, enabling Stellar to deliver a maiden JORC-compliant resource of 660 000 carats initially. This was later increased to 1.1 million carats.

In 2017 Smithson then saw the opportunity to consolidate the Stellar Diamonds licence with the larger, neighbouring mining licence owned by Octea Mining, and which had a resource of 3.4 million carats, under a royalty tribute mining agreement.  Stellar then became the operator of the enlarged 4.5 million carat prospect.

“We then knew we had a great project but needed the funds to move it into development. Stellar’s market cap was small, meaning our ability to secure the initial US$25 million needed for the first construction phase, would be near impossible,” Smithson starts. The process to find a suitable partner to overcome this challenge resulted in a deal struck with Newfield Resources. “The company had a diamond exploration footprint in Sierra Leone and a good shareholder base. A merger of the two businesses made perfect sense,” Smithson continues.

A brief visit to Australia secured the deal and Newfield Resources acquired Stellar Diamonds in 2018. Newfield has since invested over $60 million to further the development and exploration of Tongo. And the rest, as they say, is history.

Having recognised the value Smithson brought to the project – with his long-term and thorough knowledge of the asset and the area – he was asked to stay on and oversee Tongo’s development. “It has been a story of persistence and survival, but we will soon fully reap the rewards of our efforts,” Smithson highlights.

Following conclusion of the acquisition, a front-end engineering design (FEED) study was initiated, focusing on understanding the technical aspects of the project – including mine plan, mine schedule, operating expenditure and capital expenditure.

In 2019 the FEED study was concluded and through further drilling the resource was increased to 7.4 million carats from four kimberlites, of which 1.1 million carats was declared as a probable ore reserve. The FEED study outlined an initial eight-year life with peak annual diamond production of >250 000 carats forecast in the fifth year from the upper 100 m of the two kimberlite dykes in ore reserve. Numbers from the study are based on a $222/ct average realised price and operating costs of $115/ct (real). “The diamonds recovered to date have revealed and are confirmed to contain a very high percentage of quality D and E colour crystals.”

2020 then saw the company increase its 7.4 million carat defined resource in 2019 to 8.3 million carats across five kimberlites.

“After securing an additional $30 million (via corporate debt) we were in a position to move this project into construction,” Smithson highlights.

With the box cut already established, underground development at Tongo commenced in December 2020 and to date 800 m of tunnelling has been achieved. “We are on track to reach and start mine face operations by the end of Q1, 2022 after which we will be firmly in production start and ramp-up mode,” Smithson confirms.

While a small-scale 5 tph plant is processing kimberlite from the development work, a bigger 25 tph plant is expected to be completed by Q1, 2022 as well, which will provide sufficient capacity for production build-up. With a bigger vision in play, the design for a 100 tph plant has already been completed.

Newfield Resources’ 8.3 million carat resource resides within five defined kimberlites – there are however a total of 11 known kimberlites on the property, “which I believe could see us increase production upwards of 400 000 carats in a phase 2 expansion with longer-term potential to go beyond this volume as well,” Smithson enthuses.

For now, the company plans to continue drilling and evaluating its known kimberlites to increase the mineral resource and proportion in reserves, as well as conduct technical studies over the Tongo Dyke-1 and Panguma kimberlites (combined 2.3 million carats resource) to determine if these can be brought into the future mine plan.

An exploration target range over a number of kimberlites on the concession of between 3.6 and 8.4 Mt has been outlined at grades of between 90 and 400 cpht, depending on the kimberlite. The current resources extend to 230 m below surface for the two kimberlites which will be mined initially (Kundu and Lando). Reserves for these two ore bodies extends only to 110 m below surface but drilling has already intersected these kimberlites at depths beyond the current resource, suggesting continuity of the ore bodies with depths of 297 m at Kundu and 391 m at Lando.

“Based on the number of kimberlites we have yet to build into our resource, reserve or mine plan, we are confident that the Tongo mine has the capacity to significantly increase future production levels through systematic and successful exploration and development as mentioned,” Smithson confirms.