On 12 May 2021, Petra Diamonds announced that it had reached a settlement, on a no admission of liability basis, in relation to claims brought in London by the UK law firm Leigh Day, on behalf of a number of anonymous claimants.

These related to alleged breaches of human rights, associated with third-party security operations, within the Special Mining Licence area of the Williamson Diamond Mine.

The agreed total settlement figure included significant funds which Petra has committed to invest in restorative projects dedicated to providing long-term sustainable support to the communities living around the mine. In addition, both the Company and Williamson Diamonds Limited have taken a number of actions, which are detailed in the announcement published on 12 May 2021 titled ‘Findings of the independent Board Sub-Committee’. The announcement can be accessed here.

The company has specialist external support from Synergy Global Consulting in the development of this process. Synergy is a specialist international consultancy with over twenty years’ experience working with companies, governments and community-based organisations.

Shortly after Period end, Petra Diamonds Limited paid in excess of £1 million into an escrow account to fund the restorative programmes, which will benefit the communities surrounding the mine. Synergy has been formally appointed to manage these funds, and they will work closely with the communities and local NGOs on the formulation and implementation of these programmes.

The programmes are intended to provide long term sustainable benefits to local communities through income generating projects. These include:

During the period from 1 April to the end of June 2021, there were a total of 109 incidents of illegal incursions onto the Williamson mine lease area, resulting in three illegal diggers suffering minor injuries and being provided with treatment at the Mwadui hospital and another local medical facility before being discharged. Petra believes the contracted security teams and Tanzanian police acted in accordance with the Voluntary Principles on Security and Human Rights. There was some damage caused to police and contracted security provider vehicles in five of the incidents. A total of 18 arrests were made over this three-month period.

In addition to the local community projects mentioned above, the Company is also continuing its engagement with communities around the mine to highlight the dangers of illegal mining, seeking to reduce illegal incursions onto the Williamson mine lease area.

The Company will continue to monitor the effects of the actions taken to date and is committed to the programmes and initiatives detailed in its 12 May announcement referenced above. 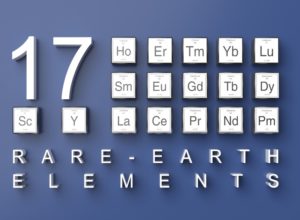