The bright future of De Beers in South Africa 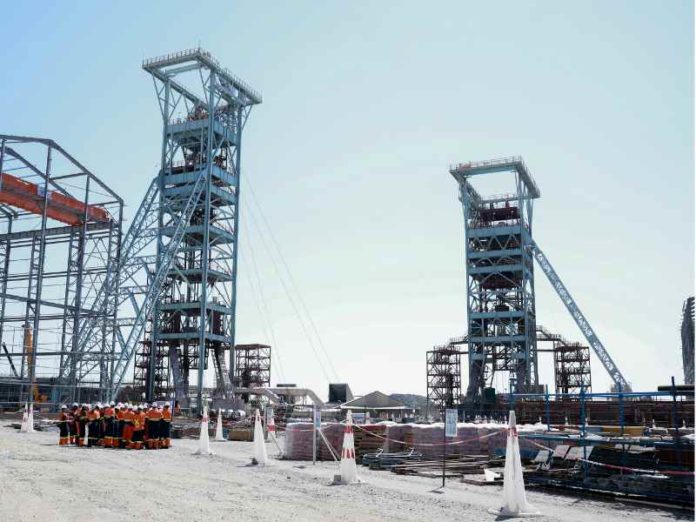 The closure of De Beers’ Voorspoed mine in the Free State province has seen the diamond major invest its time and energy into transitioning its world-class Venetia mine from open cast mine to underground.

This will not only ensure that it extends its lifespan considerably but to ensure it remains one of the company’s flagship assets. CHANTELLE KOTZE visited the mine for a progress update.

This, De Beers believes, provides the company with attractive fundamentals to ensure it can access supply to meet the growing demand.

Despite facing challenges with the granting of exploration licences following the introduction of Mining Charter III, the company had 32 of its licences granted in 2018 the Northern Cape, Limpopo, Free State and North West provinces.

On the back of very few new diamond deposits being identified, the granting of licences enabled De Beers to again start exploring for diamonds in South Africa.

The company subsequently committed to spend R30 million on Greenfield diamond exploration in the country in 2019.

The result of this has seen the company prioritise its Venetia operation – through the US$2 billion Venetia Underground Project (VUP) to ensure it continues producing diamonds from its large-scale ore body – ensuring the company will contribute to meeting future diamond demand.

The Venetia project comprises two primary ore bodies – K01 and K02 – which have to date been mined on surface. Because the ore bodies extend well below surface, and to counteract the mine’s current high strip ratio, the transition to underground operations will enable De Beers to continue mining the two kimberlites underground – to depths of between 800 m and 1 000 m, achieving a markedly improved strip ratio.

Because Venetia is nearing its pit limit, where the cost of production exceeds the value of production, the VUP will not only enable De Beers to further maximise the value of Venetia by extending its life of mine by an additional 20 years and beyond, but will also enable the mine to maintain the same production throughput during the transition by replacing the open pit operation with the underground operation.

For now, Venetia remains an active open pit operation where diamonds are produced from the southern side of K01 pit, where Cut-4, the final cut within the open pit, is underway.

The K02 open pit reserve was depleted at the end of 2017 enabling underground development to access the ore body from underground workings.

Currently in its sixth year of development, sinking of Venetia’s production shaft will be completed by the end of 2019 followed shortly thereafter by the service shaft, both of which will reach a final depth of 1 065 m.

De Beers’ shaft sinking contractor Murray & Roberts Cementation, which was awarded the contract to sink two vertical shafts as well as a surface decline, are tracking well and have advanced to depths of 1 023 m on the production shaft and 1 000 m on the service shaft, respectively.

Once the shaft sinking is completed, Murray & Roberts Cementation will move into the equipping phase, which is expected to take 16 – 18 months.

According to DeBeers, the timeous construction of the underground mine will be achieved through rapid development rates planned in the underground tunneling and completion of support infrastructure.

“This will enable the effective ramp-up in production, which will be attained by sequential start-up of new assets and subsequent progression to steady-state production.”

De Beers has started training the first group of personnel at Bentley Park in Carletonville – a world class Murray & Roberts Cementation training facility and are implementing an Anglo American Operating Model – an effective system of work that has been implemented at operations across the globe.

Lastly, the quality assurance on its infrastructure together with its EPCM partner Worley meets industry standards – all of which will enable Venetia to attain stable production during the transition.

The Venetia underground mine is scheduled to begin production in late 2021, reaching full production in 2025, when it will treat about 132 Mt of ore containing an estimated 94 million carats from both the K01 and K02 ore bodies at its existing process plant.

De Beers says that while the production shaft is expected to move into operation in 2022 and the service shaft in 2023, the in-pit decline will be ready in 2020 and will enable Venetia to meet its 2021 production target.

Once complete and fully operational, the VUP will extend the lifespan of the mine by at least another 20 years to 2045 and at steady-state, production will treat 5.9 Mt of ore to produce around 4.5 million carats annually.