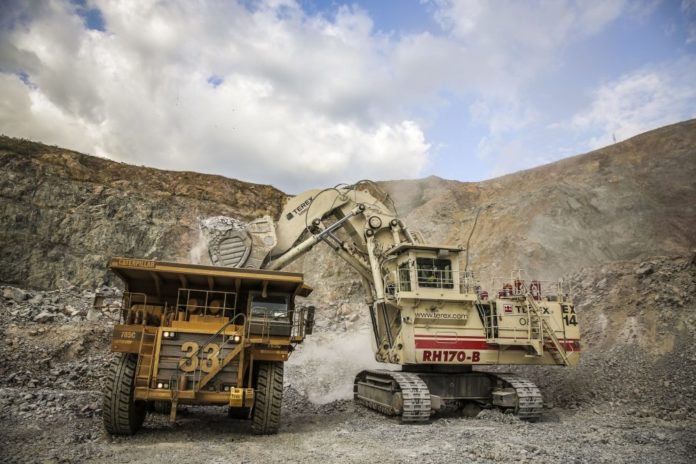 The LSE-listed gold miner’s revenue of US$285 million was 48% higher than Q3, 2015, driven by increased gold sales and higher net realised gold price.

All in sustaining costs (AISC) decreased by 16% to $998/oz over the three months ending on 30 September compared to the corresponding period in 2015.

Brad Gordon CEO of Acacia Mining, comments: “Our strong third quarter operational and financial results represent another significant step forward for Acacia, particularly considering some of the headwinds experienced during the quarter.

“I am particularly pleased with North Mara’s performance this quarter, delivering 112 523 oz at an AISC of $655/oz sold. This more than offset the impact of operational stoppages at Bulyanhulu and the deferred access to higher grades at Buzwagi,” says Gordon.

Net cash position increased by $32 million during the quarter to $203 million, almost doubling year to date, with the cash balance increasing to $302 million.

Forecast for the year

Due to continued strong performance year to date, Acacia now expects full year group production to be around 5% higher than the top of its initial guidance range of 750 – 780 000 oz of gold.

It expects its reported AISC to be towards the bottom of its original guidance range of $950 – $980/oz, although this includes an estimated $50/oz in share based payment costs as a result of the strength of its share price so far this year.

However, in the fourth quarter the company expects production at Bulyanhulu and Buzwagi to increase over Q3, 2016 with North Mara expected to deliver a material, albeit lower contribution in Q4, 2016 due to a reduction in underground mine grade as it moves through some lower grade stopes.